Elephant9: Arrival Of The New Elders 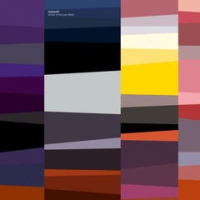 Unlike jazz or rock, both of which originated in the US, jazz-rock was born simultaneously in the US and Europe, with a British band the first off the blocks. Soft Machine's eponymous debut was released in 1968. It was followed by drummer Tony Williams' Lifetime's Emergency! (Polydor) in 1969 and trumpeter Miles Davis' Bitches Brew (Columbia) in 1970. So, unlike European jazz musicians in the mother tradition, European jazz-rock musicians have never had to "catch up" with their American cousins. The genre continues to develop on a level playing field on both sides of the pond and some of the most exciting developments of the late 2010s have come from Scandinavia.

Norway's Elephant9 trio—multi-keyboardist Stale Storlokken, electric bassist and guitarist Nikolai Hængsle Eilertsen and drummer Torstein Lofthus—have been in the forefront of the style since their debut, Dodovoodoo, was released on Rune Grammofon in 2008. They have kept the faith musically, and stayed with the same record label, through seven subsequent albums, culminating in two live doubles in 2019, Psychedelic Backfire 1 and 2, each of them exercises in scorched-earth music making that are not for the fainthearted.

Arrival Of The New Elders was recorded at Oslo's Studio Paradiso in September 2020. It is—relatively speaking—a more varied and reflective set than its immediate predecessors and it signals a tweaking of the band's trajectory. If pursued, this will take it to a more through-composed style with less of the feel of a tripped-out jam band, and more of the feel of a tripped-out jazz band. Whether the new direction is sustained, or whether it is something of a breathing space after the ferocities of the 2019 live albums, remains to be seen. It is, however, the band's most satisfying release to date. Hængsle and Lofthus, as ever, lay down grooves that are both nuanced and dancetastic, and sonic wizard Storløkken, focusing on Rhodes piano, but also playing Hammond organ, grand piano, Eminent 310, Mellotron and Continuum, shines like the Northern Lights (both the night-sky phenomenon and the late, lamented early British strain of superweed). The wonder and enchantment are all the more powerful for the shifting dynamics of light and shade as the set progresses. Jazz-rock at its finest.

Arrival Of The New Elders; Rite Of Accession; Sojourn; Tales Of Secret; Throughout The Worlds; Chasing The Hidden; Chemical Boogie; Solar Songs.