By MARK SULLIVAN
November 22, 2016
Sign in to view read count 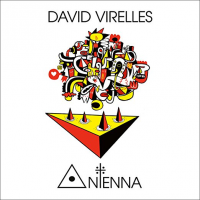 Pianist/composer David Virelles has combined his Cuban heritage with jazz before, most notably on his 2014 ECM leader debut Mbókò, which had the subtitle "Sacred Music for Piano, Two Basses, Drum Set and Biankoméko Abakuá." But this EP—which is being released exclusively on vinyl and digitally—takes things in an entirely new electro-acoustic direction. It's a dense sonic stew of improvisation and ritual rhythmic grooves, a sound both urban and traditional.

"Binary" opens with the sound of Los Seres, a fictional percussion ensemble created and programmed by Virelles. "Water, Bird Headed Mistress" flows along on an electronic arpeggio, with Henry Threadgill's plangent alto saxophone on top (Threadgill had taught Virelles composition). "Threshold" introduces Marcus Gilmore's drums and Roman Diaz's vocals (both appeared on Mbókò), organic sounds in the midst of the dense electronics of Virelles and co-producer Alexander Overington, plus guitar textures from Rafiq Bhatia.

"Rumbakuá" cleaves closer to Afro-Cuban tradition, courtesy of vocalist Etián Brebaje Man and percussionist Mauricio Herrera, accompanied by Virelles' electric piano and Gilmore's electronic percussion. At almost seven minutes "El Titán de Bronce" is by far the longest track, and is dominated by acoustic jazz piano, making its appearance at long last. The final track "Text" brings the set to a close with another brief virtual appearance of Los Seres.

This challenging, energetic set shows Virelles to be even more of an eclectic musical explorer than he had previously appeared. It has a density of musical ideas that make it seem much longer than its 22 minute running time—and I mean that as a compliment. It truly sounds like nothing else.