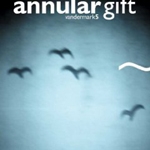 Multi-instrumentalist, composer, and bandleader Ken Vandermark has led his flagship ensemble, the Vandermark 5, through a decade's worth of personnel changes. Despite the band's rotating roster, the ensemble's sound has remained remarkably consistent. A powerhouse unit capable of serene delicacy as well as unfettered intensity, the quintet has won a legion of fans the world over for its uncompromising vision of contemporary creative improvised music.

The thorny harmonic changes of the boppish "Table, Skull, and Bottles (for Bruno Johnson)" provide fodder for a string of pungent soliloquies, including an especially trenchant alto screed from Rempis. Taking advantage of a brief respite, Vandermark reveals his bluesy lyricism on the somber beginning of "Early Color (for Saul Leiter)," before the piece builds to a caterwauling finale. Kent Kessler's quicksilver bass technique introduces the robust swinger "Second Marker (for Ab Baars)" and drummer Tim Daisy provides the labyrinthine "Cement (for Michael Haberz)" with a hypnotic groove, fueling Lonberg-Holm's kaleidoscopic ruminations and a climactic tenor saxophone duel between Vandermark and Rempis. The entire ensemble contributes to the punchy closer "Cadmium Orange (for Francis Bacon)," ending the set with a rousing assault of jagged angles and pugilistic downbeats.

For many reasons, working groups tend to be an unfortunate rarity in today's jazz scene. For 11 years Vandermark has done a phenomenal job of keeping this group together, and not only vital—but inspiring. Annular Gift proves their second decade looks to be as promising as their first.