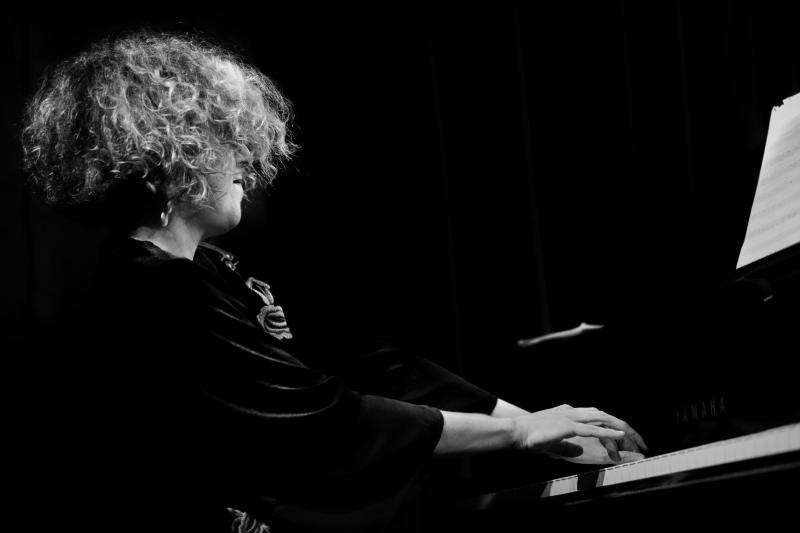 It's easy (and tempting) to think of a great musicians working together like cogs in a well-oiled machine, but when basking in the waves of pianist Anat Fort and her quartet with altoist Michael Attias, bassist Gary Wang, and drummer Rudy Royston in the intimacy of the Cornelia Street Café, it was impossible to think of them as anything less than feathers of the same wing. The metaphorical difference may seem subtle in theory, but in practice unraveled on multiple levels of beauty and, above all, honor. In the latter vein, Fort plied her love of Paul Motian, a musician whose influence continues to burgeon in the fertile soil of her own. Although she included only one tune of his per set, his spirit hovered close throughout, making physical contact when his "Osmosis" and "Dance" activated the air. Where the first enabled a mineral-rich solo from Fort, the rubato turns of the second confirmed the late drummer's delicate yet unbreakable sense of things.

The focus of the evening, however, was on Fort's expansive compositions. These ranged from the illustrative "Murmuration" and "Not the Perfect Storm," both of which emphasized Attias's dynamism and Royston's painterly strokes, to the lyrical shadows of "Lanesboro" and "Just Now," wherein Wang's feel for rhythm and rhyme deepened their bandleader's nostalgias. That said, she and the bassist brought plenty of future-seeking impulses to the fore in "Clouds Moving," the backdrop of which they nurtured one wisp at a time. Their dialogic relationship was further at the core of the whimsical "Jumpin' In" and the aerodynamic contours of "Meditation for a New Year," over which Royston's drumming shined with clarity.

Yet it was Fort's "Song of the Phoenix" that bit off and chewed the largest morsel of creative ether. Not only did it demonstrate her patience for crafting architected universes from single atoms; it also threw a light on the autobiographical edge that makes her melodies so enduring. Her solo was like seeing a life flash before one's eyes on the brink of death, albeit without the morbidity such a simile implies. Another highlight was "Sort Of," a nocturnal blues she'd just finished writing the day of the concert. Despite its earthy, gospel-esque touches (which at times evoked golden-age Keith Jarrett), its bird's-eye view was articulable by her hands alone. If translated into words, said view might tell us that the human soul thrives as much on dreams as realities, and that the only way to make stories real is to live them.