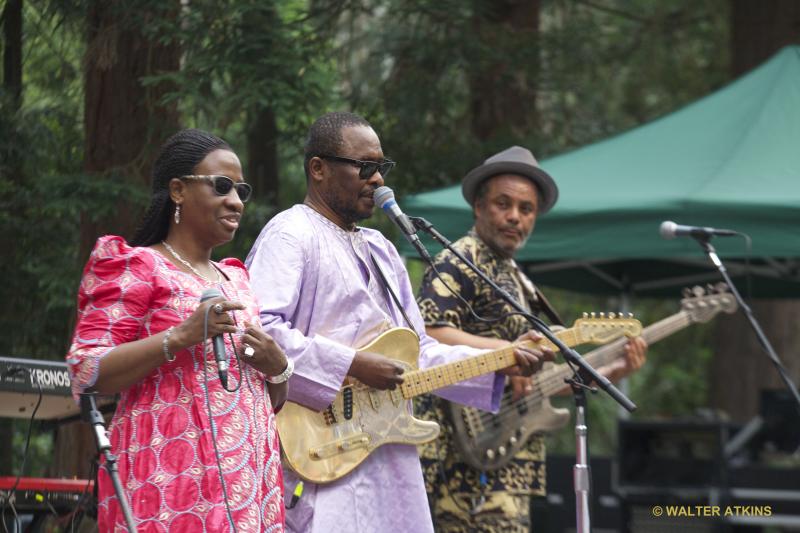 The Grammy nominated couple Amadou & Mariam from Mali in West Africa, turned Sunday at Stern Grove into a massive outdoor dance hall with their intoxicating international "Afro Blues" rhythms. The popular couple has played Coachella and Glastonbury, and opened for bands like Coldplay and the Scissor Sisters. The country of Mali,located in West Africa, is the eighth-largest country in Africa and roughly twice the size of France. Amadou & Mariam played this idyllic outdoor venue 8 years ago and have returned with a rock solid band to help the SGF celebrate its 80 anniversary.

After a brief intermission, a SGF stagehand came out to vigorously ring the loud bell mounted on the edge of the stage. This signaled the next artist would soon take the wide outdoor stage. Amadou & Mariam opened their set with "Ta Promesse" and continued to treat the SGF faithful to an afternoon of their blend of traditional Mali music,funky dance rhythms and world music that completely enthralled the Grove audience.

The only thing more thrilling than the performing couple was watching the Grove responding to their music. After the long encore, every one started packing up in high spirits. It was another entertaining day of first class international music at the Grove.