By MARTIN MCFIE
December 6, 2018
Sign in to view read count 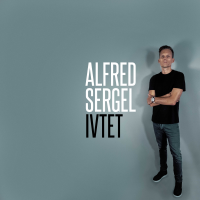 The first recording of new material made by any group of musicians is always an adventure. The journey this EP made was tempered organically, over time. It started two years ago with a collection of short memo recordings on composer Al Sergel's iPhone in late night places after gigs, which were enthusiastically received by friends.

That's how the musicians all arrived at the Old House studios a few days before Christmas, 2017. They began work on "Das Ditch," named for men digging outside Sergel's house when he wrote it. The clean, sharp recording starts with piano, goes into a guitar led funk section with a fast solo, followed by a complicated piano section. It restates the theme, then fades gently away after five minutes of building powerful repetitions on the original statement. The second cut is "12.04am," because that was the time on Sergel's computer when it was conceived. The piano slides momentarily into a phrase of "Prends garde a toi," from the Bizet opera "Carmen." It's a 12-bar blues, brief forays elsewhere are expected, but you can't lose with the blues. A break for lunch, with talk of gigs done and to come, and so back to work recording "Y-closed," a pseudo-African groove with an edge of annoyance that the YMCA gym was closed when Sergel felt the need to exercise. The last piece "Joey Duty" was named by predictive text. Sergel was waiting around on jury duty when the tune was imagined as a call and response between a repeated dipping, diving riff and ideas which vary the rhythmic rate. It's a complex piece which explains why it needed eight takes to get it down. Sergel actually composes to piano, that doesn't always lead to a good fit with guitar, so stop/start recording led to minor on-the-fly changes to get it perfect for the final complete take. As we would expect from a drummer who composes on piano, the driving rhythm has equal importance with the melody, giving a dynamic balance across the EP.

That was it, a long day in the studio done. For the next month, the fog of artistic uncertainty descended, until Sergel found himself in Berlin, in another late-night place, playing the recording back to encouragement from respected musicians. That was enough impetus to push through, get the cover design done and start distribution.

This is a worthwhile journey into the music, made by true professionals.