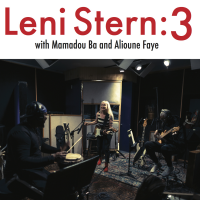 If it's an exaggeration to say that Leni Stern's gone native after her life-shaping time in Senegal, it's probably not by much. 3 isn't the result of merely studying and and learning a few new forms, but an unrestrained immersion in the life and traditions of a region that's grown close to her heart. The short-ish running time still makes room for a touch of flamenco, some cross-pollination with South America and a hint of real-life Voudoun magic. With the guitar chops of a fusion jazzer and the open ears of a world traveler, Stern shows that nothing is really off limits.

Much of the music is grown straight from the source: there are pieces here developed around the earthy rhythms of football chants, traditional naming ceremonies or the Walla Walla people's song to communicate with crocodiles. Trio-mates Mamadou Ba and Alioune Faye often manage to sound like more than just two guys while keeping their lively backing from overwhelming anything. Stern's voice is right in front as it should be—occasionally her literal voice at the mike, though most often through judiciously fluid fretwork. It makes an experience vivid enough to let you feel the equatorial sun and the dust of the plains. 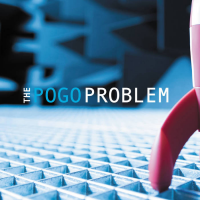 It's hard to hear anything actually problematic with this trio that spans Iceland and Denmark. Despite any associations with their name (which refers to the chemical reaction of rocket engines, not so much the video-game software issue), The Pogo Problem's self-titled debut glides along without a glitch to be heard. The style finds a sweet spot between composition and groove—the melodies are appealing and sometimes impressively hummable, while there's enough looseness for Steinar Gudjonsson's clean-toned guitar to weave around the patterns in loose-limbed flight. While that often makes him come across as the lead by default, Anders Hellborn's assured bass lines trot right alongside to share the role, and it most often feels like all three are jointly spinning the pieces out together.

The primarily peaceful vibe belies some smart musicianship and songcraft, incorporating folk, easygoing jam-band- style grooving and just a little mathematical prog-rock. There's a streak of something rustic and vaguely country-like in Kristoffer Tophøj's loping rhythmic patterns, which adds a pastoral Scandinavian flavor as well while they weave and coast. It's a little jarring when they suddenly turn up the wattage for a fusiony finale, perhaps suitable enough for an outfit that takes significant inspiration from the likes of Kurt Rosenwinkel and The Bad Plus. Call it just one more interesting angle for a trio with a lot of depth. Cruising on the simplest of airs or grooving in a deceptively slick 11/8, they make the groove sound effortlessly warm and always engaging. 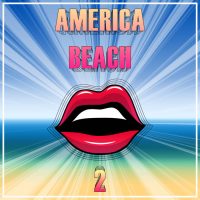 When Melbourne's Ben Renninson first adopted the America Beach project name, it was for some aimless fun with the chintzy sounds of MIDI programs in all their low-budget glory. Perhaps thankfully for some ears, its sequel shows no need to stay in that mold just for the sake of continuity. The focus this time around is crunchy math-rock with perhaps just a tinge of Ventures-influenced surf, all in keeping with the sense of silly fun implied by that cover art. Not the most natural of bedfellows, obviously, but there's no reason they can't overlap a little.

Renninson's pieces are full of guitars plucked and tapped in painstakingly precise patterns, and while the playing rarely lets the intricacy slip, there's an underlying humor that always keeps the vibe sunny. When "Midnight" slips into some quaint lounge jazz, it somehow comes out as good-natured pastiche rather than cheesy imitation. The remainder chugs along through crunchy prog and upbeat improv, all at a pace breezy enough to carry past any awkwardness in melody. The surface of America Beach 2 almost defies you to take the music seriously, yet the chops and execution don't deserve anything less. 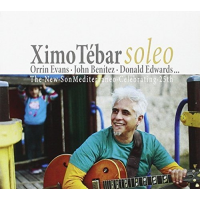 Ximo Tebar's guitar is the smooth soft-toned kind you've heard in all kinds of places and genres, but it's a sound that works best when evoking sea and sunshine—perfect for his trademark "Son Mediterráneo" style of fusion. It owes the most obvious debt to Pat Metheny, though Tébar's compositional focus is more on his native Spain crossed with the motifs of straightforward jazz.

The result with this one is something of a mixed bag; the lightweight "Luna Llena" and "Soliloquio" drift too far to the bland end of the easy-listening scale despite the leader's impeccably crisp fretwork. For most of the disc, though, there's enough improvisatory spirit to justify the caliber of bandmates like Orrin Evans and John Benitez. From a lively-yet-dreamy take on "Nardis" and invigorating Jaco Pastorius mash-up, to the musical tour through Tébar's own background, the Soleo crew create the aural equivalent of a piña colada chilled just to your taste. 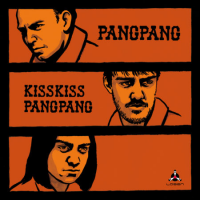 In case it isn't obvious from the cover, this Norwegian outfit takes key cues from the classic cinema scores of the great Ennio Morricone, though few of those golden-age films lean on the avant-garde quite this much. At the same time they also cite Led Zeppelin, John Coltrane and Sun Ra. The mix is an audacious one, and while the results will probably be hit-or-miss depending on the listener's taste, it could hit a jagged sweet spot for those who prefer their jazz electrified with a dash of the far-out.

The central theme of Kisskiss Pangpang seems to be its juxtaposition of opposites. Rather than blending elements—modal jazz and electric rock, deliberate composition and free noise—the trio has more fun setting them at odds with each other and reveling in the contrast. (Two tracks even reflect each other by playing the same melody forward and backward.) Accessible lines get transposed and shifted into different tonalities. Precisely notated heads make boundaries for wild freakouts in between. If this is their own idea of music for a film, it's somewhere between art-house and acid psychedelia. There's good, bad and ugly to be found here. Some fans might even agree on which is which.