A Power Stronger Than Itself - The AACM and American Experimental Music

There is arguably no-one better placed than trombonist and Association For The Advancement Of Creative Musicians' member George E. Lewis to write this book, and he's pulled the feat off with aplomb. He has used the book as an opportunity to launch a counter blast at the hostile, conservative rhetoric which has been aimed at the AACM from other quarters for quite some time. In doing so, he has scored valuable points in favor of a more inclusive notion of creativity, one that the AACM might be said to embody.

Founded in Chicago during the countercultural fever of the 1960s—outside of those years blighted by major international conflict perhaps the most turbulent decade of the last century—the AACM was from the off a profound manifestation of the times. In addressing such a quintessentially Marxist notion as the ownership of the means of production, whilst at the same time upholding a quasi-dogmatic insistence on both the composing and performing of original music, the organization was hardly reticent in setting out its stall.

Lewis is particularly strong on such issues—equivocation coming only in the degree to which he upholds the right of African Americans to be creative in whatever way comes naturally, as opposed to some idiom defined only by a dubious external authority and the lure of the corporate dollar.

The social implications of collective enterprise are also celebrated here, and Lewis is too honest a chronicler to overlook or simply leave out the potentially fractious side of such endeavors. Despite this, the picture emerges of an organization for which matters of progression and evolution are second nature, as exemplified by the fact that as of 2008 the collective takes in both founder member and saxophonist Fred Anderson and the emergent flautist/educator Nicole Mitchell.

As much as anything else this highlights how much the organization is a generation-embracing concern. Thanks to the inclusionary nature of his study, Lewis is fully appreciative of this and as such the book's title is more than justified. Although the book is essentially a narrative history, Lewis is a writer gifted enough to avoid any negative implications that term might imply, and his approach serves well the interests of both the reader and the organization he's chronicling.

All of this makes not only for worthwhile reading but also for a book the very nature of which far exceeds its remit. The AACM emerges from it in more or less the same fashion, with its musical accomplishments matched in happy symbiosis by its social and cultural implications. The relationship between book and subject is thus intimately close, which on a profound level is just as it should be. 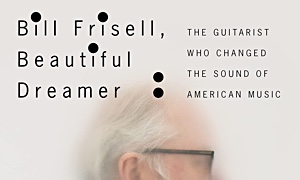