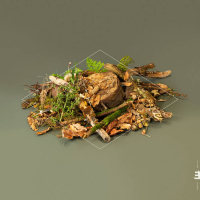 The sound of the Fergus McCreadie Trio is the sound of joy. While there are recognizable elements in the mix from bop to (primarily) earthy folk, the brilliant outfit's music isn't a fusion of styles so much an impressionistic whirlwind. The exuberance here makes everything large as life, like a mad swirl of bright colors that surge and dazzle without becoming overwhelming.

If Cairn (Edition Records, 2021) was this trio's introductory field guide to the Scottish countryside, Forest Floor is the updated edition showing a few more of the out-of-the-way trails. The pieces are again themed around parts of the natural landscape, evoking natural features or perhaps memories associated with certain spots -pieces like "Morning Moon" are all calm and stillness, while the likes of "Landslide" and "White Water" ebb and roil just short of actual chaos.

McCreadie's writing style feels organic as much as composed. The pieces here meander smoothly between quiet simmer and wild stomp— sometimes they make turns as naturally as a hiker deciding to suddenly change course on a whim; at other times they flow from one mode to another at whatever pace feels right. McCreadie doesn't play the keys so much as dance across them, with his bandmates happily romping in step at each turn. As with their debut, we can hardly ask for a more delightful jaunt. 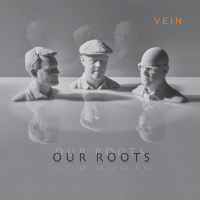 VEIN
Our Roots
Self produced
2022

VEIN is no stranger to wearing influences on sleeves. Having honed their small niche of classical/chamber-tinged jazz for their first decade, this outing has them showing particular favorite icons not just on their sleeve but all over their shirt, suit and probably hat. At the same time, these three adjust the designs to make non-obvious patterns of their own. They continually eschew the staid refinement of the concert hall for the playful interplay of the club, touching on the stateliness of Scriabin or the drama of Mussorgsky, then bringing it all down to earth with their own off-the-wall brashness.

Each track here has a classical composer listed as prime influence, and while it may be impossible for anyone to quote the opening of Beethoven's fifth symphony without sounding gimmicky, most of the source material here is "inspired by" rather than "variation on." Even Ludwig's iconic quote is mutated into a series of moments of groove and grit. When they go calm and classy, there's still enough pushing and pulling (often with unpredictable rubato timing) to show that anything can mutate at any moment. VEIN's roots may be showing, but you'd be hard-pressed to even recognize them for long before everything becomes their own. 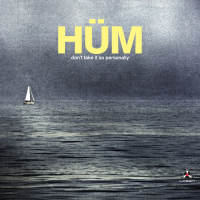 There's a certain humanistic angle to HÜM (whether that's what the name is actually meant to signify or not). This trio is all about blending things into a whole -the pieces of their individual musical makeups, lead and rhythm parts, and written frameworks and improvisation. The inner blurb of Don't Take It So Personally mentions roots in Eurpoean jazz and chamber music (and those who enjoy a little refined Scandinavian sensibility would find plenty to love), while the overall whole never feels tied to any sound or niche.

Without much concern for forms, HÜM unconcernedly wanders anywhere their fancy takes them. The structures loosen and stretch until they barely sound like forms. They groove sometimes in odd time signatures, sometimes in even ones that somehow feel odd. While the patterns continually mutate, the trio knows they can trust each other to stretch things as much as the mood takes them and bring each other in to shore together. It's a subtle alluring experience where that steady flowing turns out to be the main constant; the song patterns and the group's interplay are always in flux, easy to follow yet impossible to pin down.

Don't Take It So Personally