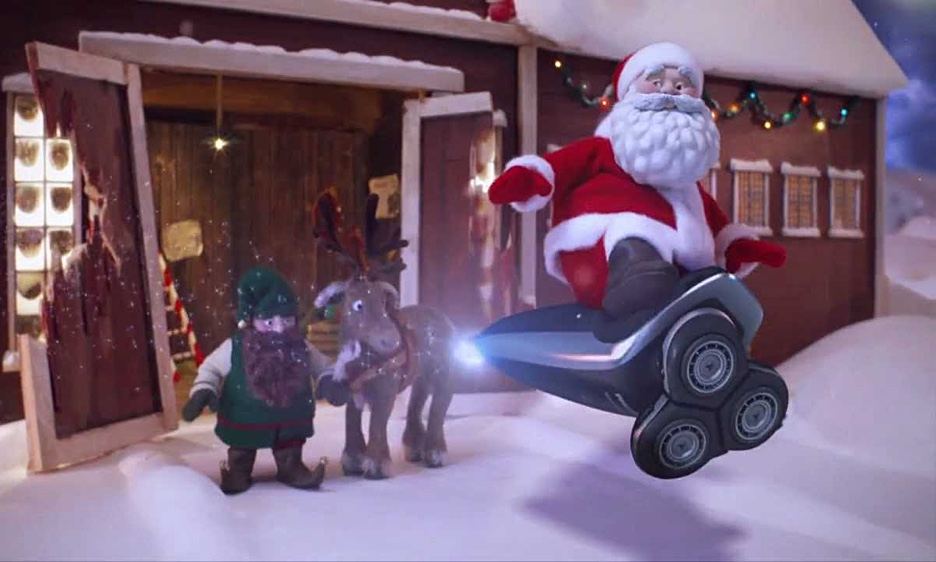 Of course, pizza and BBQ aren’t the only foods available for delivery. Goldbelly.com has a wide variety of edibles they’ll send right to your door. Or someone of your choosing’s door. Or just a door somewhere. I’m not here to tell you what to do.

With the holidays just around the corner (not that corner, the next one, past the bank), you may find yourself in the midst of a panic. There's so much to be done, from decorating to cooking to shopping, when will you find time for it all? Don't panic. While we here at All About Jazz might not be able to supply all the answers, we can certainly help with some of the load. Like what to get your Jazz-loving friends—or anyone who loves the good life—for Christmas/holiday presents (if you want to give your Jewish friend a Coltrane box set for Hanukkah, or your pagan friend a Nora Germain CD for Solstice, then more power to you).

It goes without saying that we here at AAJ believe Jazz to be an integral component of fine living. It's not that you can't live well without Our Music; it's like trying to make Beef Wellington without the pâté, still good but not as good. Or, for those of you with less refined tastes, it's like trying to make pimento cheese without Duke's mayonnaise. Or, for those of you not from the South, it's like serving pastrami on white bread with lettuce and American cheese (which punishable by fine or imprisonment even down here in Dixie).

For those of you following both my Genius Guide to Jazz and Genius Guide to the Good Life columns (as well as my short-lived Genius Guide to Pretentious Similes, from whence came the previous Beef Wellington reference), you should already be familiar with many of the gift ideas referenced in this piece. For those of you who have not been following either of my columns, this will be a perfect opportunity to familiarize yourselves with the corner of AAJ I have been occupying steadfastly for 17 long years. Just make yourself at home, ignore all the Coke Zero bottles and the cheesecake pictures of 'Dome crush Tatiana Maslany.

Those of you who know me know that one of my all-time favorite musicians is John Coltrane. Since Trane died months before I was born, 51 years ago, you'd think that all his music has been released on some form of recorded medium. You'd be wrong. After 55 years of neglect, Trane's Both Directions at Once has once again emerged into the light of day. The mono recordings of the Rudy Van Gelder session were only recently found in the possession of the family of Trane's first wife, Juanita Naima Coltrane, who had been using the tape on which to hang laundry.

Even Coltrane's record company at the time, Impulse!, didn't have the masters. They may have been lost when the company moved from New York to Los Angeles, or when the label's then-president Bob Thiele decided to organize all their recordings by the aggregate height of the musicians. Though all of Coltrane's released works were safe, this one recording slipped through the cracks both because it had not been released and because no one could agree how tall bassist Jimmy Garrison was.

Of all the ingredients that go into my writing, one of the most important is alcohol (or, as we call it around the GeniusDome, 'liquid talent'). My fondness for beer and whiskey has been amply documented (in the documentary 80% ABV, 100% Genius). There has never been a better time to be a tippler in this country. Craft beer breweries are popping up almost everywhere, as are small wineries and craft distilleries. Even the beer and wine selections in your local supermarket are better than they've ever been.

No matter where you are in the United States, there should be at least one craft brewery near you. Even my tiny hometown of Clifton Forge, Virginia, has one (shout out to Jack Mason's Tavern). So there's no reason why you can't make a gift of fresh beer, or bring a growler of it to any of the holiday parties to which you'll be invited this season. Or you could drink it yourself to augment the holiday spirit. Because beer.

If I were to recommend a major distillery, it would be Heaven Hill. Located in Bardstown, Kentucky, they are responsible for a wide variety of strong spirits that haunt the 'Dome. Among them, my favorite Larceny Bourbon, and close second Old Fitzgerald (no relation). Both are wheated bourbons, containing a 'whisper o' wheat' instead of the more traditional rye for a softer and, in my opinion, more balanced taste. Another example of a bourbon of this type with which you may be familiar with is Maker's Mark, another 'Dome favorite.

Santa Claus and I are pretty good friends in the offseason. He likes to come over to the 'Dome, bringing that wicked homemade candy cane schnapps we both enjoy, and settle onto the couch while I dip into the 'Dome's collection of over 400 DVDs for our evening's entertainment. More often than not, the choice veers to the classics (or, depending on how much schnapps we've had, the unrated BluRay of Showgirls). While Janus's wonderful Criterion Collection is well-represented in my assemblage of movies, Santa and I both agree that Alfred Hitchcock is the man for the job. From my all-time favorite movie, Vertigo, to his more accessible films like Rear Window and Psycho, there's always a Hitchcock film to suit the moment. Several Hitchcock boxed sets are available on Amazon.com.

Food has always been a great holiday gift, from tins of largely inedible Danish butter cookies to the Hickory Farms sampler my parakeet gives me every year, victuals have long been welcome underneath the tree. As many of you know, one of my favorite foods is Barbecue (and no, I don't mean burgers grilled on the backyard Weber). If you have a good BBQ joint near you, giving a bottle of their sauce (if available) or a gift card would be a nice gesture. If you're not lucky enough to have decent Barbecue near you, you can always order sauce from any number of places or, for that special someone, you can order BBQ itself. Joe's Kansas City (formerly Oklahoma Joe's) delivers their award-winning meats almost anywhere. If you're in the mood for some good Central Texas BBQ, Lockhart's famed Kreuz Market FedExes their excellent product as well. Meat, the gift that gives itself.

Or, if you prefer something a little more universal than the Southern delicacy, pizza is as good a choice as any. I delved into the world of the ubiquitous Italian-American in a recent Good Life piece and revealed that pizza is one of the two foods I take very seriously. At the 'Dome, I order out for a pie for Christmas Eve dinner since I'm generally going to be preparing a Yuletide feast for friends and/or family the next day. You may choose to do the same, or you may give a gift card to your favorite local parlor as a stocking stuffer. If you really want to go all out, you can order pies from famed Chicago joint (and one of my personal Bucket List restaurants) Lou Malnati's to be delivered oven-ready. Nothing instills the holiday spirit like the edible manhole cover that is Chicago deep-dish pizza. At least, that's what I keep telling myself to validate eating an entire 'Domemade pie.

Of course, pizza and BBQ aren't the only foods available for delivery. Goldbelly.com has a wide variety of edibles they'll send right to your door. Or someone of your choosing's door. Or just a door somewhere. I'm not here to tell you what to do.

Two artists I profiled this year that are 'Dome favorites as well as being formidable forces in modern Jazz, Donny McCaslin and Dave Douglas, have produced excellent bodies of work individually, as members of several bands, and together. Douglas's Greenleaf Music is also home to a number of established and emerging artists and offers a variety of ways to give the gift of Jazz, including sheet music and such items as the Dave & Donny salt and pepper shakers.

Unless you read my Good Life column on television, it may surprise you to find out that Your Own Personal Genius loves TV. Because of cable, quality programming has now proliferated to almost every level of the medium, from free broadcast to the premium channels to streaming services like Netflix. Gift cards for Netflix, Hulu, and Amazon Prime are available, while most of the better TV shows are available by the season on DVD. I recommend perhaps one of the best shows ever to grace the small screen, HBO's The Sopranos, the entire series of which is available in a box set for under $100. Bada Bing.

Another subject of the Genius Guide this year was Nora Germain. A one-woman cottage industry, she has several recordings available and she's also published a book. All of these things are available at our old friend Amazon.com. You may also wish to follow Nora on Instagram. You could also follow her on Myspace, except this is 2018 and not 2008.

And lest we forget, another Genius Guide rising star profiled this past year, the inestimable Connie Han, has released her major label debut with Crime Zone. We're still waiting for our copy here at the 'Dome.

So there you have it, a little conversation-starter to give your holiday shopping a boost. Till next time, kids, exit to your right and enjoy the rest of AAJ.