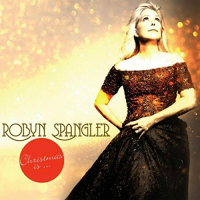 Robyn Spangler
Christmas is...
O.P. REcords
Robyn Spangler strikes an envious balance between the jazz-oriented and the popular with her holidays offering Christmas is.... Her approach is manifold, expanding the Christmas Canon with both new songs to consider along with a couple of inspired substitutions. Spangler's ingenuity was well demonstrated on her previous recording, the inspiredSomething Cool: The Billy Barnes Sessions (O.P. Records, 2017). This ingenuity extends to Christmas is... with the smart choice of "Edelweiss" for "My Favorite Things" from The Sound of Music (20th Century Fox, 1965) and the clever duet substitution of "It's Beginning to Look A Lot Like Christmas" (sung sporting much mirth with Don Most). Add to this the intelligent selections of Kenny Loggins' "Celebrate Me Home," the timely "From a Distance," and that beautiful nod to Pops, "What a Wonderful World" and we see Spangler elevate a seasonal tradition above its pure commercial appeal into the realm of the grateful. Supported with a quartet fronted by pianist Todd Schroeder and returning bassist Todd Christensen, drummer Chris Jago and saxophonist Robert Kyle from Something Cool: The Billy Barnes Sessions, Spangler provides us this an welcome alternative consideration of the holidays. 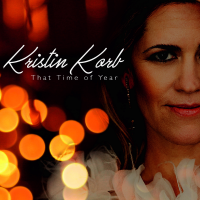 An American expatriate to Denmark, bassist and vocalist Kristin Korb has a reputation for an infectious spirit, brimming with optimism and mirth. What better personality features could be wanted for a jazz holiday offering. Korb's bona fides begin with her mentor, Ray Brown with whom she studied and recorded. In the early 2000s she settled in the City of Angels: teaching, recording, and performing live. In 2011 she took off for Copenhagen where she established a trio with locals, pianist Magnus Hjorth and drummer Snorre Kirk. For her holiday recording, That Time of Year, Korb welcomes Mathias Heise on harmonica, who brings added sparkle to an otherwise bright and cheery ensemble. To be sure, this is a bassist's recording date, Korb's broad and juicy tone right out from with her recklessly sexy alto voice. She splits her efforts between the tried- and-true holiday classics: the modern secular, "I've Got My Love to Keep Me," "Winter Wonderland," the spiritually-based "Angels We Have Heard on High," 'Silent Night," and "We Three Kings." The trio setting is intimate, perfect for Korb's voice and Mathias Heise's harmonica is the icing on that Christmas cookie. The centerpiece of the recording is "Santa Baby" with Korb on voice and bass and Heise on harmonica, occasionally transitioning from Toots Thielemans to Sony Boy Williamson as Korb sardonically serves up the lyrics of want. A truly great jazz Christmas disc. 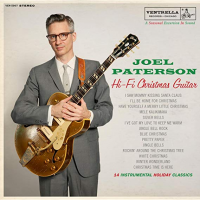 Chicago guitarist Joel Paterson takes a fifty-year look back at electric guitar playing on this recording of seasonal classics Hi-Fi Christmas Guitar. Replete with period LP art, grey suit, and horn-rimmed glasses, the recording is one midcentury martini away from Midnight Mass. Four-parts Chet Adkins, four-parts Les Paul, two-parts Roy Clark with a vermouth-smattering of Brian Setzer, Paterson invents a sound so '50s-'60s-hinged that you would expect the sounds to be coming from a Magnavox floor console smelling of just-lit Chesterfields. Patterson summons the additional spirits of Jorgen Ingmann and Buddy Merrill as well as don Rich and Vince Guaraldi. Paterson proves quite the musicologist relieving all doubt that any edge of this recording was made without much consideration. Paterson does the impossible in addressing Elvis Presley's abominable "Blue Christmas" with both the blind respect and musical acumen to play is as a "Ray Price" shuffle. Paterson enshrines Willie Nelson's "Pretty Paper" properly in the canon while recalling the original recording by Roy Orbison. Paterson uses a mid-50s country tone throughout the recording, displaying his considerable chops through the period techniques he employs, all drawn from his encyclopedic knowledge of mid-century electric guitar. A knockout recording by any measure. 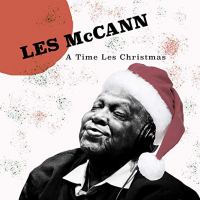 Compared to What? That funkmaster Les McCann tools out a most festive holiday collection on A Time Les Christmas. How awesome it is that such an unlikely artist would deliver such an unlikely recording containing McCann's very fine piano playing. A spry 83-years old, McCann brings a deeply soulful neighborhood to "Merry Christmas, Baby," one that is so in the groove, one can't see its head. Just when you think that there is no way McCann can pull off "Let It Snow" he pushes the listener through an infectious hard bop cum soul jazz romp. Produced by Alan Abrahams, McCann is given a soft, even plush, soundscape in which to perform, rounding out a rhythm sections held in place with bassist John Patitucci and drummer Stix Hooper. Spacious and precise, the sound is tastefully adult contemporary. Tasteful...that is what McCann's and Maxayn Lewis' "Baby, It's Cold Outside" fun and meaningful. McCann pens his own additions to the Christmas Canon with the smooth "The Gift," and the piece we were expecting all along, the eclectic and funky instrumental "My Christmas Heart." McCann closes with a brief tender "Away in a Manger,' bringing this celebration of a proper end. Next year is the 50th anniversary of McCann's and Eddie Harris' essential recording Swiss Movement (Atlantic, 1969). What better way to celebrate than with is grand Christmas offering. 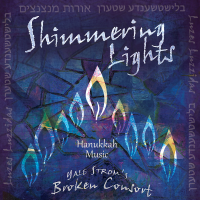 Here is my big curveball this year. When it comes to holiday music, I gleefully ignore such things as religious tradition, so universal is the music and time of year. Add to this, Czech and Polish relatives whose parents brought this music westward, equally as oblivious to tradition, making it not so foreign to these ears. Ethnomusicologist Yale Strom assembles what he calls a Broken Consort, which, as it turns out, is a thing. In 16th century England, the term 'musical consort' referred to both ensemble and musical performance. A consort stayed within the same instrumental family -for example, all strings, i.e., violin, viola, cello and bass. A broken consort is a melodious collaboration of different kinds of instruments, often including an instrumental family but adding instruments from outside that family. Ergo, the present ensemble is considered "broken" by guitar, oud and voice. Shimmering Lights is not a simple Klezmer recital. It contains music, new and old, from Jewish traditions from around the world. This music is beautifully organic and just foreign enough from the western tradition in music to be both interesting and educational. Strom shows no reluctance in incorporating classical to jazz and blues, to Middle Eastern, klezmer, bluegrass and Texas swing in his vision, one that is solid and tuneful.

While slim, this nontraditional holiday collection is the richest in many years.