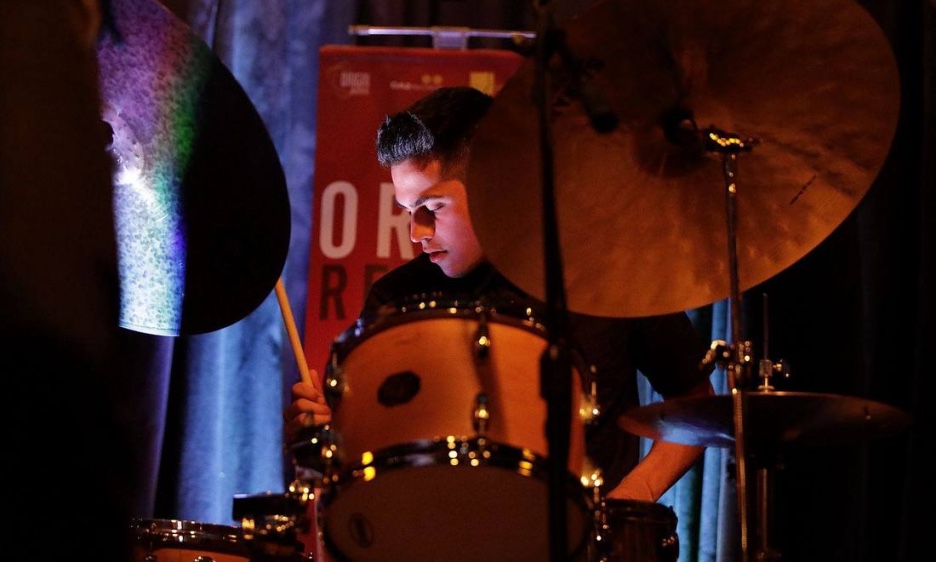 By Paul Rauch
March 15, 2020
Sign in to view read count
The city of Seattle has a jazz history that dates back to the very beginnings of the form. It was home to the first integrated club scene in America on Jackson St in the 1920's and '30s. It saw a young Ray Charles arrive as a teenager to escape the nightmare of Jim Crow in the south. It has produced such historical jazz icons as Quincy Jones and Ernestine Anderson. In many instances it has acted as a temporary repose for greats such as Jelly Roll Morton, Joe Venuti, the aforementioned Charles, Larry Coryell, Julian Priester and Randy Brecker to mention but a few.

If you have ventured out to jazz performances and sessions in Seattle over the past three years, you have no doubt witnessed the precipitous uptick in young, talented musicians and composers appearing on the scene. You have seen trumpeter Noah Halpern, sensational bassist Ben Feldman, pianist/arranger Dylan Hayes, and vocalist Serena Albero. You have come across the formidable bassist Abbey Blackwell, saxophonist Santosh Sharma and guitarist Lucas Winter. The inevitability of musical regeneration has found a vibrant pulse in a city riding a mad wave of sudden change.

Xavier Lecouturier is a part of this rising tide of artistry and extended form within the traditionally free thinking jazz scene on the west coast. In an age when jazz musicians are largely the products of conservatories and universities, Lecouturier has managed to navigate those waters while primarily paying his dues where they ultimately need to be paid-on the bandstand.

Lecouturier's abilities have soared at a considerable rate since his decision to begin playing drums during his junior year of high school in his hometown of San Rafael, California. Currently age 22, he has been playing for a mere six years. In that time, he has earned a jazz performance degree from Cornish College of the Arts in Seattle, spent a year in the quintet of trumpeter Thomas Marriott, and released an album centering on his original compositions on the highly regarded Origin Records label. Entitled Carrier (Origin, 2019), Lecouturier is joined by many of the new generation players he has had the good fortune to encounter during his time in Seattle. The recording earned him a four star review from All About Jazz, and has a worldwide reach due to his association with Origin.

A young guitarist raised on Latin rock in the Canal District of San Rafael, Lecouturier took to the drums and knew his fate was attached to them almost immediately. He began to play and write music with his friend, pianist Dylan Hayes. They would forge a partnership that exists to this day, writing and performing for DX-Tet, their ensemble that can be as small as a quartet, or as large as an octet. The exposure at Cornish to mentors such as Jovino Santos Neto, Dawn Clement, Jim Knapp, and Johnaye Kendrick served as fertile ground for Lecouturier's talents to grow rapidly.

His education as a jazz musician took a sharp left turn at the age of 20, when trumpeter Thomas Marriott invited him to play in his quintet. Over the course of a year, Lecouturier paid more dues than he could ever imagine over at Cornish. It was a crash course in how to play and how to be a professional of the highest standard. It provided an experience that along with the cloistered realm of Cornish and his considerable talent, drew the maximum benefit out of his decision to come to Seattle and study.

"I think I got more than what I could have imagined really. I don't know what I was expecting. I wanted to go to school, study music and play, but I didn't really know what would happen. What I really got out of it was being in Seattle and hanging on the scene. Coming to the session at the Owl 'n Thistle, checking out Tom Marriott, hanging out with Dawn Clement. That's what I got out of it," he says.

It was Clement who directed Lecouturier to Marriott, and fast-tracked his career in rapid fire fashion. "She hooked me up with everybody and just told me what was up," he recalls. With Marriott, he was presented with the task of playing for a veteran bandleader and meeting the demands, thereof.

"It's a funny thing, I always felt nervous on the bandstand with him, which was great. I was uncomfortable, I always had to please what he needed. There's two sides of that coin-I have to do what he needs and I have to like it. I learned so much from doing that, I'd never had that experience before. I'm so grateful," he says humbly.

Lecouturier was mentored extensively by noted Seattle based drummer John Bishop, who also runs Origin Records. That association led to the decision to release his music on the highly regarded, Seattle based label. It strengthened his connection to the Seattle jazz community, and gave the album a huge kick-start on an international scale.

Lecouturier creates dense, harmonically complex music as a composer. It challenges even the best musicians to solo freely within the shifting time signatures and layered harmony. As a drummer, he pushes the music at will, his polyrhythms accenting angular melodic lines. Being surrounded by pianist/composers such as Hayes, Santos Neto, and Marina Albero, Lecouturier has found his own way writing through the lens of percussion.

"I really just try to write what I hear. Sing it, sing it again, hear it work. Keep working it out. Pianists like Dylan (Hayes) have so much knowledge of their instrument, and I must rely so much on the drum set. I think what I'm good at is using my intuition, and my ears," he explains.

Lecouturier will be taking his music out on the road this year, and dealing with the reality of being a bandleader in this modern age. What jazz fans will witness will be a shape-shifting drummer with global chops who has paid his dues the right way. They will see his dynamic playing and get inside his deeply original sound. They will be treated to a man of unusual humility and grace. Let's hope the rest of the new wave in jazz is as promising.