BY IAN PATTERSON
January 20, 2018
Sign in to view read count 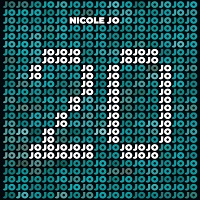 A most versatile and hard-working musician, Nicole Johänntgen can be heard in a variety of ensembles, embracing elements of India and the Middle East in her ethno-jazz quartet, adopting a contemporary approach to New Orleans jazz as witnessed on the marvellous Henry (Self-Produced, 2017) or tearing it up with guitarist/vocalist Peter Finc in a duo that fuses the languages of pop, rock, jazz, blues and soul to thrilling effect. The German alto saxophonist's longest-standing band, however, is the quartet NICOLE JO, which celebrates its twentieth anniversary with this, its seventh release. Jazz-funk is the predominant currency, with Johänntgen's passionate, soulful playing a constant delight on originals of varying tempo, mood and character.

For the most part these are groove-based tunes, built upon electric bassist Philipp Rehm and drummer Elmar Federkeil's no-nonsense foundation of insistent pulses and unwavering beats. Keyboardist Stefan Johänntgen also plays a predominantly rhythmic role, though comes steaming into his own on "Steve's Organ Groove" -a James Taylor-esque groove-fest of meaty riffs and sinewy solos. It's one of several eminently danceable tunes, along with the head-bobbing "Easy Going—featuring a fine, measured solo from the leader—and the sensuous "Step," which boasts about as sexy a jazz-funk vibe as any out there.

Less steamy, though no less persuasive, is the mellifluous "Peaceful Three," where mellow saxophone gets sympathetic support from dreamy synthesizer, spacious bass lines and Federkeil's blue point steel harp (a cross between a hang and a steel drum) which, when in conjunction with Johänntgen's alto, evokes the atmosphere of the late great Arthur Blythe's percussively nuanced Night Song (Clarity, 1997). More reflective still is the hymnal "Sunday Morning Ceremony"—where the fusion of saxophone and organ hints at European and North American church music -at once sombre and uplifting. The slow-burning ballad "Pearls" unfurls with cinematic élan, guided by Johänntgen's softly lowing alto.

There are few extended fireworks on display though the quartet's playing is no less passionate for that. Instead, the emphasis is placed firmly on collective groove and soulfulness. This duality is encapsulated in the atmospheric set closer "New York Nightlife," which combines synthesizer-driven pulse and the leader's ever-beguiling, gently coursing alto. Brimming with seductive melodies and infectious grooves 20 is a fine document with which to mark NICOLE JO's first two decades together. An early front-runner for jazz-funk/jazz-soul record of the year.