The young James Taylor wanted for nothing and divided his time between two substantial homes. He befriended Danny "Kootch" Kortchmar at the age of 15 and won a local talent contest. As is often the case, boarding school education often suits the parents more than the child, and James rebelled from Milton Academy at the age of 16 to join his brother Alex in a rock band, the Fabulous Corsairs. At only 17 he committed himself to the McLean Mental Institution in Massachusetts to undergo treatment for his severe depression. Following a nine-month stay he reunited with "Kootch" and together they formed the commercially disastrous Flying Machine. At 18, now being supported by his parents in his own apartment, the seemingly affluent James drew the predictable crowd of hangers-on and emotional parasites. He experimented and soon was addicted to heroin.

Eventually he had the drive to move out from his family home, and after several months of travelling he arrived in London and found a flat in Notting Hill (which in 1968 was hardly the place for someone trying to kick a drug habit!). Once again "Kootch" came to the rescue, and suggested Taylor take a demo tape to Peter Asher. "Kootch" had supported Peter And Gordon on an American tour, and Asher was now looking for talent as head of the new Apple Records. Both Asher and Paul McCartney liked the work and the thin, drug-weary, weak and by now experienced teenager was given the opportunity to record. James Taylor was not a success when released, even though classic songs like "Carolina On My Mind" and "Something In The Way She Moves" appeared on it.

Depressed and still hooked on heroin, Taylor returned to America, this time to the Austin Riggs Mental Institution. Meanwhile Asher, frustrated at the disorganized Apple, moved to America, and persevering with Taylor, he secured a contact with Warner Brothers Records and rounded up a team of supportive musician friends; "Kootch", Leland Sklar, Russ Kunkel and Carole King. Many of the songs written in the institution appeared on the superlative Sweet Baby James. The album eventually spent two years in the US charts and contained a jewel of a song: "Fire And Rain". In this, he encapsulated his entire life, problems and fears; it stands as one of the finest songs of the era. Taylor received rave notices from critics and he was quickly elevated to superstardom. The follow-up, Mud Slide Slim And The Blue Horizon, consolidated the previous success and contained the definitive reading of Carole King's "You've Got a Friend". Now free of drugs, Taylor worked with the Beach Boys' Dennis Wilson on the cult drag-race movie Two Lane Blacktop and released One Man Dog which contained another hit, "Don't Let Me Be Lonely Tonight". Fortunately Taylor was not lonely for long; he married Carly Simon in the biggest showbusiness wedding since Burton and Taylor. They duetted on a version of the Charlie And Inez Foxx hit, "Mockingbird", which made the US Top 5 in 1974.

Taylor's albums began to form a pattern of mostly original compositions, mixed with an immaculately chosen blend of R&B, soul and rock 'n' roll classics. Ironically most of his subsequent hits were non-originals, such as Holland/Dozier/Holland's "How Sweet It Is", Otis Blackwell's "Handy Man" and Goffin/King's "Up On The Roof". Taylor was also beginning to display a new confidence and sparkling onstage wit, having a superb rapport with his audiences, where once his shyness was excruciating. Simon filed for divorce a decade after their marriage, the punishing touring and once again the recurring drug dependency were blamed, but Taylor accepted the breakdown and carried on with his profession. He continued to prosper as a hugely popular live act. A tribute to the assured Taylor is captured on Pat Metheny's joyous composition "James", recorded on his Offramp album in 1982.

After a spell of indifferent albums in 1985 Taylor released the immaculate That's Why I'm Here. The reason he is here, as the lyric explains, is "fortune and fame is such a curious game, perfect strangers can call you by name, pay good money to hear 'Fire And Rain', again and again and again". This one song says as much about James Taylor today as "Fire And Rain" did many years ago. He has survived excess, his brain cells are in order, he is happy, he is still creative and above all, his concerts exude a cosy warmth that demonstrates he is genuinely grateful to be able to perform.

In recent years Taylor continues to add his harmony vocals to all and sundry as a session singer, in addition to regularly touring. He has devoted much time to performing at benefits, especially in Brazil, a country he fell in love with in the mid-80s. After a recording break of nearly five years he returned with Hourglass in 1997. It was well received by the critics and became one of his highest-charting records for many years and received a Grammy award. Quite why is a mystery, because it was no better or worse than his other most recent studio recordings. Maybe the critical wind of change has once again blown in his favour. The double live album that was issued in 1993 is a necessary re-starting point for those who stopped buying his records when they moved out of their bedsitters in 1971. October Road was a truly magnificent album, very much in the style of Sweet Baby James but with a polish of maturity that observes the twilight years that have arrived. He has often reminded would be musicians that one of the keys to starting out in the music business is to "avoid a major drug habit". Taylor is now an elder statesman of the classic singer-songwriter genre he remains one of the real surviving stars of the post-hippie generation.

1995 ��" Honorary doctorate of music from the Berklee College of Music, Boston
2000 ��" Inducted into the Rock and Roll Hall of Fame
2000 ��" Inducted into the Songwriters Hall of Fame
2003 ��" The Chapel Hill Museum in Chapel Hill, North Carolina opened a permanent exhibit dedicated to Taylor. At the same occasion the US-15-501 highway bridge over Morgan Creek, near the site of the Taylor family home and mentioned in Taylor's song "Copperline", was named in honor of Taylor.
2004 ��" George and Ira Gershwin Award for Lifetime Musical Achievement, UCLA Spring Sing.
2004 ��" Ranked 84th in Rolling Stone's list of "The Immortals: 100 Greatest Artists of All Time."
2009 ��" Honorary Doctorate of Music from Williams College, Williamstown, Massachusetts.

James Taylor Tells the Stories Behind His Favorite Covers 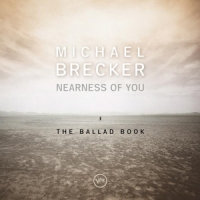 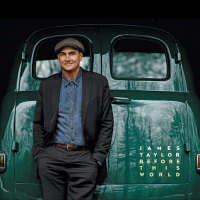 All About Jazz musician pages are maintained by musicians, publicists and trusted members like you. Interested? Tell us why you would like to improve the James Taylor musician page.