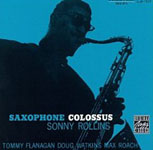 Listening to Diane Hubka is a delight. Somehow it is appropriate and nice that Diane Hubka sounds just the way she looks, namely, cool, understated and very pretty. But there is much more to singing than a lovely voice and Hubka can do it all. She is a master of time and she can employ melody modification with the best jazz singers. She can also scat convincingly, but it is her burnished sound that captures the listener; it is a sound you want to reach out and touch.

You Inspire Me, Hubka's third album, is the kind of recording where each “next track” becomes my new favorite track. Her repertoire is impeccable and each song is a treasure. But there is, nonetheless, a highlight, namely her rendition of Hoagy Carmichael’s “Winter Moon.” The obscurity of this exceptional song is a mystery to me. It is a paean to lost love, a regretful look at a brighter past and is cast in minor mode darkness. The song’s first vocal treatment was by Hoagy himself in his 1956 recording with a band full of outstanding West Coasters, including Jimmy Rowles and Art Pepper. Despite Carmichael’s limited vocal equipment, cushioned by strings and rhythm his performance was captivating and nearly hypnotic (and a tough act to follow). But Hubka’s rendition may be the best since that classic recording. It is a perfect song for her cool winter sound. Another gem is her reading of the Mancini-Mercer song “Moment to Moment” which wears a great new vocal arrangement and Paul Bollenback’s warm-toned guitar. Three other selections also bear discussion: “Nuages” is the noted song by Django Reinhardt, This version has lyrics by Dr. Frank Forte, who, in his non-musical life, happens to be an oncologist. The swinging title tune, “You Inspire Me,” is a very obscure song with music by Tommy Wolf and lyrics by the British lyricist/poet, Fran Landesman. Hubka fell in love with this song via a Jackie and Roy CD and obtained the lyrics and music from Tommy’s widow, Mary Wolfe. “Inside a Silent Tear,” written by Blossom Dearie and Linda Albert-King is a very lovely song and has become somewhat of a mini-jazz standard, recorded by such noted singers as Carmen McRae and Carol Sloane, just to cite two. But I don’t know of a more enchanting version than this recent one by Hubka. Notice especially the beautiful introduction by guitarist Romeo Lubambo.

One of the first things you note about any of Hubka’s CDs is the solidity and talents of the group behind her. She attracts the very best musicians. On her first CD, Haven’t We Met, which was nominated for a 1999 Jazz Award for Best Recording Debut of the Year, she worked with jazz legend Lee Konitz. Her second CD, Look No Further, featured pianist Frank Kimbrough and trombonist Scott Whitfield, amongst many other top names and it also received much acclaim. And on this, her third CD, she is joined by seven of the world’s best guitarists, including the previously mentioned Brazilian master Lubambo, the always swinging Bucky Pizzarelli, Frank Vignola, Gene Bertoncini, Paul Bollenback, John Hart and Jack Wilkins. Along with these exceptional guitarists, Hubka is also backed by John Hebert on bass (his solo on “Winter Moon” is a particular delight) and Jeff Hirschfield on drums. The Brazilian rhythm section consists of Nilson Matta, bass, Duduka Da Fonseca, Drums, They along with Lubambo on guitar have many recordings under the name "Trio Da Paz.”

This is not only Hubka’s best album it is one of the better vocal albums that I have heard in the past few years. Turn off your TVs, sink into an easy chair and let those stories told in music wash over you. Highly recommended.

Roger Crane, the Song Scout, is a song maven who knows who wrote it, from what show/movie, what year and introduced by whom.