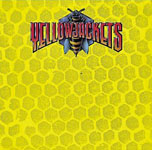 When keyboardist, composer and arranger Russell Ferrante pulled drummer Ricky Lawson and bassist Jimmy Haslip into his fledgling swarm, he also called on guitarist Robben Ford, with whom he played in Jimmy Witherspoon’s band, to inject a hard rock edge into the music. “It wasn’t like the earlier fusion of the Mahavishnu Orchestra and Return to Forever, which was a very chopped kind of rock sound,” recalls Ferrante. “We were influenced by fusion that was more melodic and compositional.” Though Ford’s electric axe surely grinds and howls, this is jazz almost completely divorced from the blues—up-tempo, quick-rhythmed jazz presented with a shiny happy face.

The pair prowls majestically through “Imperial Strut,” advancing the keyboard/guitar excursions of Jeff Beck and Jan Hammer (think “Freeway Jam” from Blow by Blow ), while Ferrante commands the funk while “Sittin’ In It” and introduces and closes “It’s Almost Gone” with sadly beautiful solo piano.

This reissue supplements the original release with four tunes from the demo that led to this debut: Ford’s blues “Flat Tire” and samba “Blondie,” Ferrante’s “Katie” (which Ford hotly spanks) and the demo version of “Imperial Strut.”