By MIKE JURKOVIC
March 2, 2020
Sign in to view read count 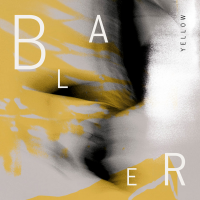 With a whispery shifting undertow, Swiss pianist-composer Maja Nydegger constructs her vivid, musical imaginings of Yellow on the memories of melodies perceived and experienced in other lifetimes, in other dimensions, in other states of humanness. Some, like the quietly sensual title track and its immediate successor, "The Unknown," expand towards full consciousness slowly, methodically urging you into that headspace where time's fluidity isn't the insistent threat of mortality but a warm, welcome embrace. Others, like the feverish, fractal sawing of "Years," even with its calming coda, sweep you into the rushing tide.

Her quintet—the shadowy presence of saxophone/bass clarinetist Nils Fischer and his more biting counterpart, saxophonist Claudio von Arx, gravity-free drummer Philippe Ducommun and Simon Iten's atmospheric bass—present Nydegger's hypnotic intentions as an ambient continuum where the feel of the piece weighs more than the music itself. In that open, communal space the reeds compliment and comfort while adding tension and counterpoint to Nydegger's plaintive compositions. From their debut release Blaer (Morpheus Records, 2013) through 2017's widely recognized Out of Silence (Morpheus Records), Blaer have proven themselves more than worthy acolytes of pianist, Zen groove master Nik Bärtsch (who co-produced the album with Nydegger.) But, within tracks like "All We Need" and "Arktis," the maturer sounding Yellow eschews Bartsch's sometimes too-calculated, too-mathematical yet exciting inclinations for a warmer, intimate, daresay poppier glow, intuitively and perceptively offsetting the characteristic Nordic cool which recordings of this kind can all-too-readily exhibit.

Yellow; The Unknown; Years; Kosmo; Epilog; All We Need; Artkis.