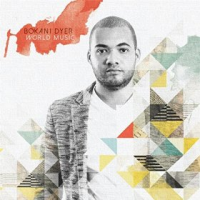 It's not exactly a secret that the concept of "World Music" isn't all that its name implies. That tag, still in wide use today, became somewhat meaningless a couple decades back, serving primarily as an umbrella category to market any and every form of non-Western music to Western ears. But South African pianist Bokani Dyer sees it differently. His own vision of this ideal is based on musical egalitarianism, or, as noted on his own website, "a celebration of all music with no borders." And while that may seem too lofty a goal, he does a remarkable job seeing it through here. Nothing is off limits as Dyer uses his pen and piano to craft a musical Esperanto of sorts.

Dyer, as with many if not most top South African jazz players, remains somewhat off the radar for American audiences, but his star has been steadily on the rise since 2011. That's when he took home the Standard Bank Young Artist Award and released his superb sophomore album—Emancipate The Story (Dyertribe Music, 2011). In the years since that record's release, a diet of local performance, touring, and writing has helped him grow and mature at a rapid pace, leading to what can be heard on World Music.

Across twelve tracks, Dyer sums up his inclusive musical philosophy, touching on soulful notes, spiritual tones, sophisticated concepts, and simply presented notions. He looks here, there, and everywhere in search of sound and meaning, but there are no overtly placed pins on the map. There are, however, reference points, intentional or not, in this music. Dyer seems to bridge the gap between late period Miles Davis and Robert Glasper on "Recess," marrying a pop-fusion aesthetic with a neo-soul sound; the joyous feel of the stadium horn merges with post-modern Cape Town sounds during "Vuvuzela"; J.S. Bach and Abdullah Ibrahim seem to be at the the heart of the brief "African Piano-Water," a number that finds Dyer alone with his mbira-like prepared piano; and a Terence Blanchard-esque quality comes to the surface on "Waiting, Falling," one of several numbers that showcase trumpeter Robin Fassie-Kock. Elsewhere, Dyer seems to strike at the heart of emotional conflict. Turbulent thoughts are balanced off with persistence and hope on "Interlude-See My People Through," while pensive musings organically evolve and develop into more active impressions on the trio-focused "Reflection."

Dyer works with a well-matched crew here, a band that plays to new ideas while also referencing his previous work. Notables from Emancipate The Story—bassist Shane Cooper and saxophonist Buddy Wells—mix with standout newcomers like Fassie-Kock and alto saxophonist Justin Bellairs. Together, they help Dyer to create a brand of music that's as far-reaching as the album title implies, yet firmly rooted in the soil of South Africa.