Bokani Dyer is a multi-award winning Motswana-South African pianist, composer and producer. In 2013, Dyer won the SAMRO Overseas Scholarships competition. His recent career highlights include playing at the opening of the London Jazz Festival (2015), showcasing his Trio at Jazzahead in Bremen, Germany (2016), headlining the Cape Town International Jazz Festival (2015) and an artistic residency at the Bird’s Eye jazz club in Basel, Switzerland (2014). Dyer has recorded three jazz albums - Mirrors (2010), Emancipate the Story (2011 - recorded during his time as Standard Bank Young Artist of the Year) and World Music (2015) which was nominated for Best Jazz Album at the 2016 South African Music Awards 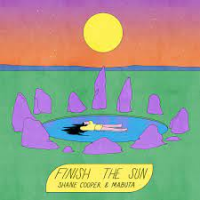 On Mabuta's debut—Welcome To This World (Afrosynth Records, 2018)—South African bassist, electronic musician and composer Shane Cooper introduced ears to a leading-edge ensemble intent on delivering trippy, dance-friendly designs. Now, with this second album, he doubles down on that core concept, delivering a heap of hip groovers which draw strength from Pan-African influences and ride high ...

This week, South African jazz artists to African sounds in jazz, a vocal tangent, and finally, a Dizzy atmosphere. Playlist Thelonious Monk “Epistrophy (Theme)" from Live At The It Club (Complete) (Columbia) 00:15 Somi “House of the Rising Sun" from Zenzile: The Reimagination of Miriam Makeba (Salon Africana) 01:50 Nduduzo Makhathini “Amathongo" from In ...

This week we go from Wynton Marsalis' ruminations on the status of our society, to Teodross Avery's and the Analog Players Society's reflections on Monk. In between a world tour with stops in South Africa, Guatemala, Norway, Canada, and on two sides of the country, LA and NYC, for another great tasting menu of the best ... 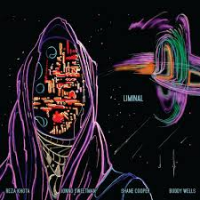 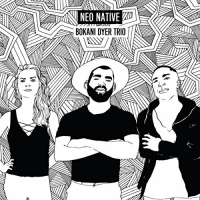 Every little bit of the year 2018 will soon take form as memory--first recent, then distant--but the fine music gifted to us in those twelve months will be forever present, living on in ears, hearts and minds. I had the pleasure of hearing north of 400 albums this past year, and I had the privilege of ... 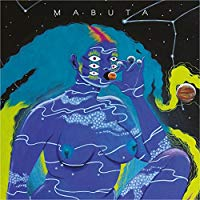 If the eyes are the windows to the soul and a portal opening to reality and closing on dreams, then the eyelids can be seen as the gatekeepers to such worlds. Mabuta--a genre-merging band taking its name from the Japanese word for eyelid--has a keen understanding of that concept. Shane Cooper, the mastermind behind this group, ...