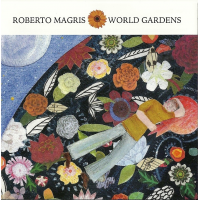 Pianist Roberto Magris is originally from Italy but he has played all over the world, but to a great extent he has chosen Kansas City as his base. He has encountered a lot of different sounds in his travels and that is reflected in the wide variety of the music he creates on this set.

Overall Magris works in a variety of formats, such as groups with horns and electric fusion trios, but on this occasion he uses a traditional piano trio format with occasional extra percussion added. No matter what he plays, he sounds tuneful and engaged. He carves out slippery, rolling lines on funky groove tunes like "Pilgrim" and the Jackson Five's "Never Can Say Goodbye" as bassist Dominique Sanders, drummer Brian Steever and percussionist Pablo Sanhueza keep the background support crisp. He also shows a deep affinity for the blues on the soulful original "Another More Blues" and "Song For An African Child," a joyously powerful cross between gospel shouting and the drive of South African musicians like Abdullah Ibrahim. Here the drummers really boil while Magris darts and romps over the keys with the fierce energy of Don Pullen.

The program also includes two folk songs from different parts of the world. On the Chinese "Blue Bamboo," exotic percussive tinkling surrounds a delicate, subdued melody while on the Slovenian "All The Most Beautiful Flowers" Magris plays solo with a misty-eyed dignity and reserve. The pianist is very capable of going a bit outside in his playing. He breezes through the angular lines of "Blues At Lunch!" with Monk-influenced fragments and circular runs, then pounces onto Andrew Cyrille's "High Priest" with harsh, stabbing notes and chords while Sanders, Steever and Sanhueza lay down a tough, relentless rhythm bed.

Magris' penchant for variety even extends to the two standards that end the disc. "I'm Glad There Is You" starts with a measured, flowery pass through the melody and slowly works into faster and lighter variations. Meanwhile "Stella By Starlight" gets a treatment out of the Lennie Tristano playbook. Magris improvises wildly on the chords from the start as Sanders and Steever maintain steady time and also make room for their own hard-swinging breaks.

Roberto Magris plays excellently in a number of styles. He can be grandly romantic, jump hard onto a swinging blues, play stimulatingly abstract or interpret global rhythms with sensitivity. Whatever he plays, though, carries energy and passion. This CD is a fine representation of the scope and joy of his piano abilities.

Never Can Say Goodbye; Pilgrim; Blue Bamboo; Another More Blues; Song For An African Child; Blues At Lunch!; Vse Najlepse Rozice / All The Most Beautiful Flowers; High Priest; I’m Glad There Is You; Stella By Starlight; Audio Notebook.