By Bruce Lindsay
September 7, 2014
Sign in to view read count 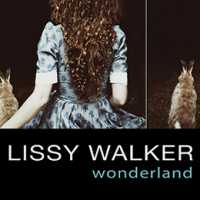 A quick glance at the song titles—"Something Wonderful," "Where Or When," "Isn't It Romantic?"—put this album fairly and squarely into American Songbook territory. A quick glance at the instrumentation—lap steel guitar, 12-string guitar, mandolin—suggests that the territory is a bit further out west. But there's a trumpet, strings, a Hammond B3. And there are songs from Randy Newman ("I'll Be Home"), Harry Nilsson ("Remember") and Richard Thompson ("For Shame Of Doing Wrong," adopting Sandy Denny's preferred title of "I Wish I Was A Fool For You"). Confusing, isn't it?

Stop glancing at lists, start listening to the music. Suddenly, it isn't confusing at all. Walker expertly draws these disparate sources, instruments and influences together. It's a reminder, if one were required, that musical boundaries are as permeable as a soggy paper bag.

Walker's vocal tone owes much to country music, her phrasing stems from a love of jazz. She may lack out and out power, but she can emphasise meaning or emotion with a subtle shift of her voice. She can swing, too—as she proves on "There Ain't No Sweet Man" and "I'll See You In My Dreams."

The mix of jazz, folk and country songs needs, and gets, a band that understands each genre. Walker gives John David Souther's "Faithless Love" a straightforward but heartfelt performance, the song retaining its country roots thanks especially to John R Burr's Floyd Cramer piano flourishes. On "I Wish I Was A Fool For You" Walker's subtle shifts in emphasis capture the ambiguity of the lyrics, Burr's piano and Jason Lewis' understated drumming forming an ideal accompaniment. Trumpeter Steven Bernstein and clarinetist Ben Goldberg's playing is stylish and cool—their partnership adding to the swing and optimism of "I'll See You In My Dreams."

The combination of "Lazy Afternoon" and "Where Or When" is particularly inspired. Jon Evans' lap steel and Dave MacNab's 12-string are low in the mix but prominent enough to give the songs an ethereal beauty. Walker's fragile vocal flows seamlessly between the songs, weaving the lyrics together so that they tell a single story.

Written around 1919, "I'm Forever Blowing Bubbles" has been swung by Dean Martin, adopted as the theme tune of East London's West Ham United football team, given a punk rock makeover by West Ham fans the Cockney Rejects. Walker takes it back to its waltz time roots and reminds us that in the right hands (and voice) it's a lovely, sad, song. In fact, it's never been lovelier.

Dream A Little Dream Of Me/I'll See You In My Dreams; You're A Heavenly Thing; Tonight You Belong To Me; Isn't It Romantic?; Lazy Afternoon/Where Or When; Little Person; Faithless Love; There Ain't No Sweet Man; I Wish I Was A Fool For You; I'm Forever Blowing Bubbles; Remember; Lover Man; Something Wonderful; I'll Be Home; Lullaby In Ragtime.