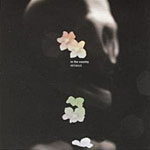 Terms like magnum opus can be dangerous, setting unrealistic expectations for the present and a precedent against which the future will always be measured. Whether or not this release represents a magnum opus is far too early to tell, but In The Country's Whiteout is certainly this Norwegian piano trio's most ambitious album to date, standing to supplant its debut, the marvelously understated This Was the Pace of My Heartbeat (Rune Grammofon, 2005), as its most compelling and evocative album to date.

Four years after Rune Grammofon promoted This Was the Pace as its "first 'jazz' record," pianist Morten Qvenild continues to compose music of painstaking construction, yet still open-ended enough to allow for sensitive interpretation by himself, bassist Roger Arntzen and drummer Pål Hausken. Rather than overt complexity, In The Country's strength is its ability to mould texture, silence and decay into dark, Messaienic music like "From the Shore"—a delicate piece of subtle power, deeply moving in its unfailing allegiance to the space between the notes.

Featuring fewer but longer tracks than its previous releases, the trio—fleshed out to a quartet with multi-instrumentalist/programmer/co-producer Andreas Mjøs, a key member of Jaga Jazzist, heard recently at Molde Jazz 2009—continues to expand its sonic and stylistic palette, meshing an easygoing rhythm and lengthy, pop-like melody with starker harmonic backdrops on "Doves Dance." Qvenild delivers one of his strongest solos of the set—Keith Jarrett-like in its expansive, near-stream-of-consciousness abandon and gospel tinge, but driven by a far more structured environs. Despite haunting sparseness and unabashed contemporary classical tinges in its first half, Qvenild ultimately shifts "Dark Water" into even more defined Jarrett territory, as the trio coalesces around a free country space, referential to the great pianist's American Quartet of the '70s, but with Hausken and Arntzen approaching the music more directly than Charlie Haden and Paul Motian ever did.

"Ursa Major" is more vivid—shifting meters and the near-minimalist interlocking of Qvenild's piano and Møs combined with lengthy themes snaking their way through the polyrhythmic mélange. It also settles into a gentler ending that's texture-rich but inherently elegant, even as it builds to a second climax of processed sonics over Hausken and Arntzen's buried pulse. "W.A.R.M." moves from an introduction so quiet as to necessitate moving forward to hear it, to a repetitively anthemic finale that, despite winding its way through shifting bar lines, is unerringly melodic, with Qvenild, Arntzen and Hausken singing its wordless theme. "Mother," on the other hand, closes the album with Qvenild's synthesizer suggesting a trace of progressive rock, even as its throbbing pulse moves towards a greater fervency than anything that's come before.

Still, at the end of "Mother" are both a return to quiet and a hidden bonus track that provides a sublime underpinning for Arntzen's most starkly beautiful solo of the set. Whiteout may not be its magnum opus, but it is In The Country's most mature, evolved and convincing album yet; a nuanced contender for 2009's "best of" list.