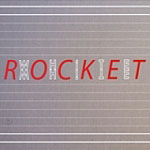 Carnatic music—a product of southern India—is primarily performed by small groups, usually with a vocalist accompanied by some type of instrumental soloist; a rhythm section maintains the foundation and the drone during the performances. Although White Rocket's jazz inclinations give improvisation a bigger role then in standard Carnatic form, each piece on its debut disc has a definite direction and structure, satisfying the compositional requirement. And while the band lacks the vocal element, the players are all spellbinding instrumental storytellers. They're also all students of Indian classical music, though White Rocket has so many other elements.

"Mutatis Mutandis" goes on the attack immediately, with pianist Greg Felton and drummer Sean Carpio establishing their separate rhythms while Jacob Wick infuses his composition with a breathy, unmated trumpet. He briefly flies formation with his partners before launching into a lyrical solo that is juxtaposed by the increasing aggression of the percussion section. Mid-song, it all changes from a pounding assault to a hurried but hushed chase, with Wick laying out while Felton and Carpio play Hound and Hare. Felton sounds like he's playing the piano strings directly, strumming and plucking as Carpio drives "Mutatis" with cymbals and hand drumming. The drama builds again, and then fades in a long chord by Felton that is a perfect release.

Initially it seems like White Rocket is always out for blood, roaming the land looking for jugulars to sever: Wick and Felton pound the foundation figure on Carpio's "Hone" until it's flat on the floor, and the dialogue on Felton's "Susan Styra" literally becomes a tower of babble. It almost reaches comic levels on Wick's jagged "Recent Events" when uneven rest spacing turns two series of dissonant chords into unexpected assaults reminiscent of early-80's slasher films. (Which window will Jason crash through next, and what power tool will he have this time?) However, a brilliant sense of nuance lies beneath the havoc.

Wick's breath-rich approach adds a buzzing harmonic to his seemingly-infinite range; he can roar like a lion, but he also evokes stark isolation on "Lonely Toad" and stinging loss on "The Fisherman's Song," with in-the-clear solos that speak as beautifully as a Shakespeare soliloquy. Felton's left-hand foundation broaches the volcanic on "His Story" and the invisible on "Symptoms," while his solo on "Sung Once" has the innocence of a little girl walking down the street, humming an unnamed tune to herself. Carpio is a dervish on "Hone," but his "Strya" solo is almost built on air; its softness is the initial draw, but the subsequent raw power and split-second timing scatters thought.

White Rocket is a challenging square peg that simply won't fit in a round hole, no matter how big a sledgehammer is used to tame it. Blame for this can be placed on the Banff Centre's Jazz and Creative Music seminar, where New Yorker Wick met Dubliners Felton and Carpio in 2005. That's the best part about continuing education: Meeting interesting, like-minded people and sharing experiences.