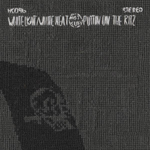 The Velvet Underground's White Light / White Heat (Verve, 1968) was an antidote to insipid pop and a stark contrast to the happier, more optimistic sounds of many West Coast rock bands. Its tales of death, depravity and despair are classics. Puttin' On The Ritz's re-visioning of the entire album—which is available on vinyl and as a download—remains true to the adventure and inventiveness of the original but paints some very different musical pictures.

There are, of course, major musical contrasts between the Velvet Underground and Puttin' On The Ritz (PotR). Kevin Shea's hectic and inventive drums are very different from Mo Tucker's solid rhythms, while, apart from Moppa Elliott's bass, there is a distinct absence of stringed instruments in PotR's lineup. The horn section goes a long way towards giving these tunes a freshness that would not be on offer by simple repetition of the Velvet Underground's instrumentation. Shea, Elliott and saxophonist Jon Irabagon are also members of Mostly Other People Do the Killing, and the musical relationship between the two bands is clear to hear on tracks like "Here She Comes Now."

Proceedings get off to a cracking start with a mutated swing version of "White Light / White Heat." B J Rubin's voice is suitably frenetic and the horn section screams manfully. "I Heard Her Call My Name" gets similar treatment, Rubin's throaty vocal balanced by a lighter vocal response from his fellow band members over a ragged-edged set of riffs from the horns. "Here She Comes Now" features Rubin singing in a rather desultory fashion, mirrored by Irabagon's mournful sax, while trumpeter Nate Wooley and trombonist Sam Kulik add wilder and more aggressive phrases and Elliott contributes straightforward but affecting bass. The result is strangely beautiful.

"The Gift" benefits from a simple but groovy trombone riff from Kulik. However, while the sad story of poor Waldo's miscalculation leapt from the original album thanks to the measured and concise narration delivered by John Cale in his finest Welsh accent; on this version Rubin's vocals are buried beneath the music and the finer aspects of the adventure are lost. The album's other "story song"—"Lady Godiva's Operation"—finds Rubin's vocals sitting on top of the music and the tale is much easier to follow. "Sister Ray" is a long, meandering, tune enlivened by Matt Mottel's punky, '60s-style keyboard work.

White Light / White Heat is fun. It's not easy to tell just how far tongues are embedded in cheeks here, and Rubin's vocals are rather too one-dimensional much of the time; but the musicianship is high quality and inventive, the band's enthusiasm comes over strongly and the tales of the underbelly of 1960s New York remain as fascinating as ever.

About Puttin' On The Ritz