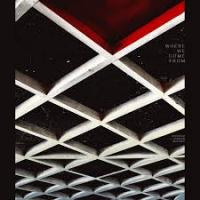 A summit meeting starring luminaries from two of the planet's bleeding-edge jazz scenes—London and Chicago—Where We Come From was recorded at London's Total Refreshment Centre in late 2017 and was first released as a mixtape and a download. It pitches Chicago drummer Makaya McCraven alongside four leading faces on the young London scene—tuba player Theon Cross, tenor saxophonist Nubya Garcia and keyboardists Joe Armon-Jones and Kamaal Williams—and the (slightly) longer-established alto saxophonist Soweto Kinch. Remixes are by Ben Lamar Gay, Don Leisure & Earl Jeffers (Darkhouse Family), Emma-Jean Thackray (herself making a name in London as a trumpeter), Lefto, Lexus Blondin and Quiet Dawn—and given the genre-inclusive orientation of the players, who between them bring dancehall, grime, garage and hip hop into their calibrations of jazz, the idea of using this particular crew of remixers fits right into the party.

There have been hands-across-the-ocean projects before, but Where We Come From is the first one which can properly be described as a meeting of equals. Until recently, American artists have generally been perceived as the senior participants in these affairs. Such a perception is wholly inaccurate today. Some might go so far as to say it is British musicians who are the contemporary trailblazers. Whatever. But since 2013, a new generation of musicians, many of them black and many of them women, has emerged from London's music colleges and from community projects such as Tomorrow's Warriors and Kinetika Bloco; they have brought with them a singular and geographically distinct aesthetic which distinguishes itself from its American cousin by embracing the post-1940s Caribbean and African heritages of many of its vanguard stylists and their experiences of growing up in modern London. Jazz was created by black musicians. Today's London scene is by no means racially exclusive, but there is no doubt that it is black musicians who are once more leading the way.

In an interview with Jocks&Nerds magazine, to be published in March 2019, Theon Cross—whose much anticipated album Fyah will be released the same month—explains the genesis of the new London jazz scene. Here is an advance extract....

"Around the end of the 2000s a lot of us were hitting our twenties and we consciously started including the musics we'd grown up with in our jazz," says Cross. "I respect the [American] jazz tradition, and it feeds into the way I improvise. But when I formed [my own group] Fyah, I started thinking, what if I use some dancehall rhythms? Because that was the music I grew up around. My father's Jamaican, my mother's Saint Lucian. We all started bringing into the music those things that formed our identity as black British people. For Moses [Boyd] it was garage influences. Nubya the same.

It must have been fun being on 52nd Street during the birth of bop. But no more fun, surely, than being a jazz fan in London today.

Side One: Halls; McCraven On The Mic; Ox Tales: Suite For Artis Gilmore; Jupiter Dawn; The Oracle. Side Two: The Bounce; King Drive / ’86 Cutlass / No Plates; Run Dem; Too Shy; Drums&Bruk&FeelTheVibe Birthday Solo; TRC Thank You Outro: Where We Come From.