By Mark Corroto
February 1, 2003
Sign in to view read count 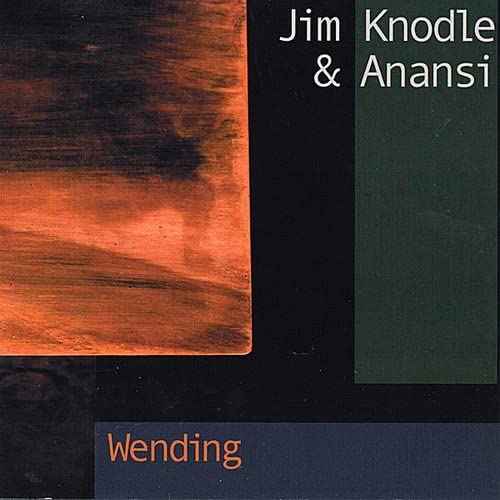 Trumpeter Jim Knodle takes a very long view of the recorded history of jazz. The music he wrote for this quintet/sextet known as Anansi never truly centers itself on one period or style of sound. Wending takes equally from Ellington, Early and Late-Miles, and a very open form music.

Because the three tracks heard here are lengthy, nine minutes the shortest and twenty-five the longest, there are no jump cuts or split allegiances. Knodle composes and arranges the music into very digestible, although heaping, portions of sound.

Backed by West Coast modern players, Knodle's vision never lags. His “M.D.D. – Four 4,” a Miles Davis tribute, starts at Miles with one foot in Charlie Parker’s band, the other jamming with Gil Evans. Knodle’s instructions to his quintet were to play each theme only once. There they go, moving from Bird to Gil to electric Miles (mostly unplugged) through to the essence of Davis as a mighty ballad interpreter. The 25-minute track ends into a post-bop open-ended music favored by the creative music of today.

Elsewhere Knodle starts the title track with Ellington, packing the thrust of a big band into a small space before breaking the music into smaller less connected statements. He works off trombonist Michael Vlatkovich and guitarist Paul Sawyer to expand on threads of sound. Their journey is steep and at times difficult. The shortest piece, “No Before Like More,” is about falling asleep in Iowa with train whistles in the distance. With that image in mind, one can visualize the possibilities of the mind at the edge of the frontier.