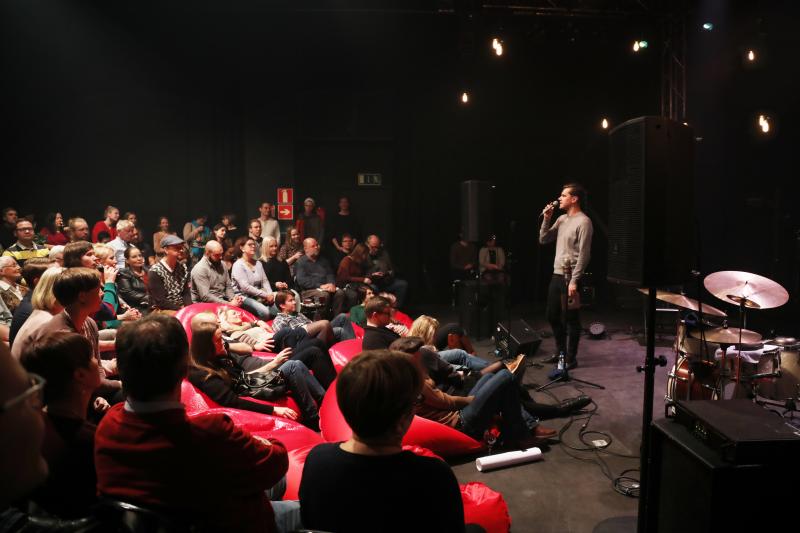 BY ANTHONY SHAW
December 16, 2017
Sign in to view read count

While one door has closed a host of new ones are opening in Helsinki.
&#151Anthony Shaw

Being a party animal at latitudes above 60 degrees takes some doing in the winter months, in Anchorage as in Archangel. Helsinki is south of both cities, just, but is host to one of Scandinavia's hottest and yet coldest modern jazz festivals in the region.

Maybe it's because of the adversity of the climate, but surely equally due to the enlightened determination of the festival promoters, that the fifth We Jazz Festival has been another great success in terms of music as well as audiences. Once again headliners such as The Necks and the Jochen Rueckert Quartet have performed alongside a slew of Finnish musicians, in a range of venues from the classical, former Tzar Alexander II's Opera House to two very huddled corner cafes in coolest Kallio, an inner city suburb.

Over 60 musicians were involved in the week long program, the majority coming from Finland and surrounding Scandinavian or Baltic countries. The full breadth of genres of music were represented, as in the opening Opera House evening. Although the hypnotic Australian jam jazz (The Necks) were the main act, the evening featured two veterans of the local scene, writer, poet and part time singer M.A.Numminen (also official Festival Guardian Angel) narrating and performing a very Finnish 'Jeepers Creepers,' and then composer and pianist Olli Ahvenlahti back on stage with a new Quartet and a selection of crafted tunes from his new album Thinking Whistling.

The younger spectrum of artists were well represented of course, with Elifantree's release concert, their singer Anni Elif Egecioglu's Edith project, Estonian saxophonist Maria Faust's solo show and much more. One name repeatedly featured in the accompanying 72-page festival magazine is Matti Nives, working as DJ, reporter, producer, writer, compère and more. He and his team at the multifarious We Jazz agency bear all responsibility for establishing this event as an ever more prominent feature in the Nordic artistic calendar, particularly in this 100th year of Finnish independence. And still they found the time, energy and a venue to gather a clutch of the finest Finnish musicians (trumpeter Verneri Pohjola, saxophonist Mikko Innanen's Plop, guitarist Teemu Viinikainen and still others) to celebrate the passing of another rock in the Finnish jazz firmament, record retailer Ilkka 'Emu' Lehtinen. His shop Digelius Records has served as a venue, a meeting place and an outlet for jazz in this city for over 40 years. While one door has closed a host of new ones are opening in Helsinki.