BY EYAL HAREUVENI
January 28, 2008
Sign in to view read count 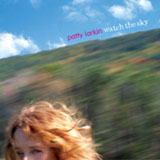 Patty Larkin is considered a rare bird among today's singer/songwriters. The Boston-based Larkin is more literate than her fellow bards; she is an inventive and experimental musician who likes to push the sonic envelope of her songs with subtle and sophisticated arrangements; an excellent guitarist—on all guitars, acoustic and electric—and a musician whose preferences are more varied than that of the common folk singer. She's wrote that she enjoys listening to John Coltrane "with the volume turned up to ten" on the title track to Tango (High Street, 1991), and you can trust that she was not referring to Coltrane's Ballads (Impulse!, 1962).

Almost five years after her last release Red=Luck (Vanguard, 2003), Larkin delivers one of her best musical statements. This time she goes it alone—writing all the songs, playing all the instruments, producing, engineering and editing. She assembled sounds and lyrics as they came to her and recorded them immediately, opting for an intuitive creative process where ideas ferment and develop in an organic manner. Only later did she play with the fragmented ideas while editing the recording, trying to challenge and stretch her possibilities and choices as a writer and recording artist.

Larkin experiments with using the guitar as a percussion instrument and bowing it with a child's violin bow. She also experiments with different soundscapes, from a hip-hop-tinged beat through Eastern modalities, and a spare ambience that stresses her evocative vocals, often harmonizing herself or filtering her voice with studio effects.

The songs feature Larkin's contemplative and calm side. She meditates about solitude, relationships—lost and cherished ones—and the comfort of spiritual search. The sonic envelope is comprised mainly of her resonating guitars and nuanced, reserved playing. She experiments with subtle ingredients on every song, turning them into intimate and distinctive sound capsules. On "Phone Message" her steel guitar ripples with an Indian-tinged, repetitive scales. On "Hallelujah" she adds a gentle slide solo, while on "Beautiful" and "Walking In My Sleep" she revolves around infectious, soulful riffs.

Her acoustic slide guitar alludes to the cinematic images of the lyrics to "Hollywood," and on "Bound Brook" her electric slide guitar comments beautifully on her simpler country-blues, played on a second acoustic guitar. But in the end it is her arresting vocals and unique phrasing of her thoughtful lyrics that are completely possessing.