BY GLENN ASTARITA
November 1, 2007
Sign in to view read count 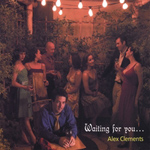 His performance career has taken him into North American jazz circles, highlighting his participation with numerous artists. And as a pianist, he's firmly entrenched within the Bill Evans school, which is a facet that transpires during this delightful engagement, featuring renowned drummer Danny Gottlieb.

Clements kicks matters into high gear on the opener, "Blues for GB, yet the preponderance of this studio set projects his light touch and softly executed voicings. He's a melody-maker, as evidenced on the lullaby-type "Nuits de Paris," where tenor saxophonist Alain Bradette's yearning lines hone down an after-hours vibe. Much of this album is engineered upon stately themes and gently integrated mosaics of sound, but the quartet generates some heat via a gospel groove, spiced with funk, on "New Horizons.

Clements bounces and darts across the keys on the peppy, swing vamp "Emily's Song, then steers the anthem-like ballad "All I Can Give with somber and lyrically resplendent phrasings. Clements shines as a strong composer, but doesn't break any new ground here. But that's okay, since he is able to sustain a great deal of interest throughout. It's a quality effort that commands repeated listens.

Blues for GB; Nuits de Paris; Waiting for you...; Old Balsam; Time to Heal; New Horizons; Emily's Song; The New Tune; All I Can Give; Mist on the Water.