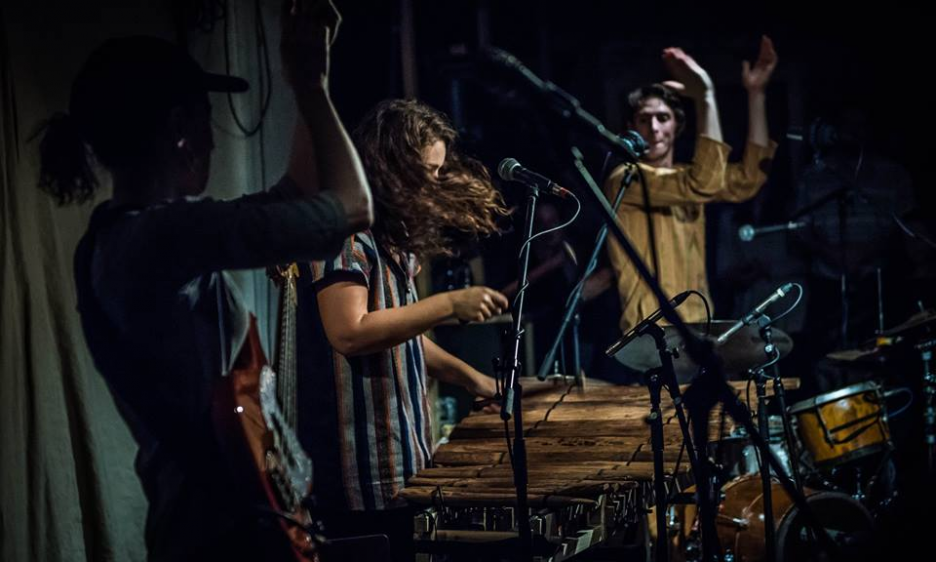 Peter Zummo could coax an agreeable tune from a garden hose, whistle through a straw-stuffed flute, and still engage listeners. He simply has a knack with tubes and noise. The avant-jazz trombonist, based in New York, keeps delighting and confounding critics with his sonic collages, wherein the genteel Zummo sprays notes like a graffiti sound artist.

Zummo was in London for a headline show at Cafe Oto, a welcoming, no-frills venue that celebrates the ingenious. The night before his own event he joined forces with Vula Viel to promote the trio's second album release, Do Not Be Afraid (Self Released, 2019). Cafe Oto was mostly cleared of its normal seating to allow for communal bopping, but with the place sold out there was hardly an inch of floor space. Dapper in a smart shirt and floral tie, Zummo resembled a man there to lecture on historical linguistics, but his brand of modernism was soon established.

Using various devices for looping and recording, Zummo layered an ambience of trombone, didgeridoo and anything that came to hand. His instruments often mimicked the sounds of nature, or deconstructed the nature of sounds. Out came playful, brassy chirrups and the muddy boom of a hollow branch. Zummo's didgeridoo is actually foldable, easily packed into a case. His trombone was a larger presence in all senses, capable of some flat-bottomed, amp-shredding growls. Short swooping notes were bitten off as if Zummo was eager to try the next one's flavor.

He also gave us a song, half-sung over a backing track with four words in trance-like utterances. "Tea cup, coffee cup," crooned Zummo restfully, endlessly, until one felt quite parched. "That piece was called 'Tea Cup, Coffee Cup,'" said Zummo, to roars of laughter. "Come back tomorrow night [and] you might hear 'Coffee Pot.'"

In conversation with Zummo later on, he admitted that he is among those who have failed to define his style. Most revealing was the disclosure that he regards his trombone somewhere between a trumpet—his first instrument, on which he learned intervals—and a synthesizer. The philosophy is clear: any note is available to him at any moment.

Bex Burch has made the gyil (Ghanaian xylophone) an unlikely lead instrument, and she leaped onstage to hammer at its carved slats like a blacksmith at a wooden forge. Despite some fuzzy zings through the amplifiers, the gyil sang out with sweet melody under Burch's knockings. Her songs are built around catchy motifs with lyrics akin to haikus or spirituals. Vocalist Rozie Gyems offered wild, honeyed tones on "I Love You" and "Inside Mirror," resplendent in aqua dress and wondrous fluffy earrings. The sleek purity of Gwyneth Herbert's guest vocal was a reminder of why she became the first UK artist signed by Blue Note in thirty years.

Vula Viel's rhythm setup might have stolen the thunder from a lesser act than Burch. Ruth Goller's electric bass added raw throbbings with a touch of New York new wave. Drummer Jim Hart's solo slot was more like something screened in the Guggenheim: a visceral display of bodily power, all intellect abandoned, straining every nerve to thrill the senses.

Having appeared at the set's opening to blow some quavery conch, Zummo joined the band's encore to bring a blast of festive gaiety. This may have been an album launch for Vula Viel, but more nights like this could send their earthborn grooves into orbit.