By James Nadal
December 5, 2014
Sign in to view read count 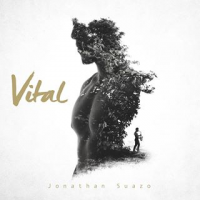 There is strong indication of a renaissance movement in jazz curriculum coming out of the major music schools in San Juan, Puerto Rico. It has been steadily growing over the last few years and appears to be on an upswing. As evidence of this, Vital, the self-produced release by alto saxophonist Jonathan Suazo,an honored alumni himself, was recorded at the prestigious Conservatorio de Musica de Puerto Rico, in a live studio setting. Hopefully this will encourage others to follow suit.

Since the well received 2012 release of Extracts of a Desire, Suazo has been actively performing, while busy composing songs for this new record. The accompanying musicians are his current working outfit in San Juan, and they prove that there is no substitute for cohesion to get the intended music out. On his first release Suazo came out blazing and set himself up as a prodigious young lion. This time around he opted for a more mature introspection in song arrangement, and versatility in his all-around approach to the production.

The record dances out of the gate with exotic bass lines entwined with conga drumming in "Changes," where Suazo eases in, setting up the entrance of guitarist Gabriel Vicéns, who has accompanied Suazo for some time now and is a spirited contributor both on stage and in the studio.Drummer Mario Pereira drives the ensemble readily through complicated tempo variances and is an essential timekeeper extraordinaire.

"Unidad," lays out on a more spatial path, allowing free form expression from sax and guitar, playing off each other in an intelligent but forceful rapport. "The Story of a Fading Love," as the name implies, is a forlorn ballad with kudos to pianist Elvis Terán, who conveys the song perfectly with his lament evoking piano voicing. Continuing with a forgiving narrative, Suazo has been on a self-realization journey and "Tat Tvam Asi" is a mantra theme leading into the inner path. It translates loosely into "I see another in me, and see myself in others."

The pleasant and unexpected surprise is the expressive vocal on "Found," by Patricia Lewis. She has that unique ability to hang on to lyrics and wring them for every emotion they are worth. An exceptional vocalist who injected soul into this record and did a tremendous job.

Everything comes back around to the sizzle with "Una Vida Entera," and the closing track "Buen Camino," both which are extended numbers allowing the musicians to astral travel. On this last song they opted for Afro-Cuban style chanting, adding Caribbean flair and ending the record on an upbeat.

Jonathan Suazo has been on a tear since he burst on the Puerto Rican jazz scene, and continues to perform, compose and produce at a very urbane level. With the release of Vital he is continuing his positive outlook on life which is reflected in his music.