By DOUG COLLETTE
November 8, 2008
Sign in to view read count

For Van Morrison's fans as well as those eager to understand his well-reknowned genius, the high points in this batch of reissues resoundingly speak for themselves.

Inasmuch as the six titles range from the sublime to the pedestrian, the latest batch of Van Morrison remasters constitutes a microcosm of The Belfast Cowboy's entire discography.

Because Morrison is such an uncommonly gifted artist, it's possible to excuse the oversights in the overall archiving process, including lack of details in the remastering preparation and production as well as the ostensible lack of contribution from the artist. The Belfast Cowboy has never been comfortable dealing with his past and the remasters series, so far at least, is clearly no exception.

Nevertheless, because such a project provides the opportunity to rediscover the virtues of his best work and put the less-scintillating portions into an altered and perhaps slightly better, perspective, the artist himself can provide invaluable insight; archiving can be an exercise in refocus rather than mere revisionism. 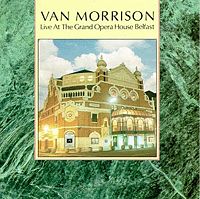 By the time Live at The Grand Opera House in Belfast was released in 1983 (tellingly, at first, only in Europe), Morrison had effectively run out his string contractually and commercially from his heyday as one of Warner Brothers' most distinguished recording artists. What was so inspiring about this live recording, however, was the way he integrated the style of "Domino" with the fusion-tinged likes of his early albums in this decade.

The instrumental intro of "Into The Mystic" coupled with background singers chanting "Inarticulate Speech of the Heart" hinted and encapsulated this more accurate fusion. Listening to the reissue in its sonically perfect form (again it says much there are no bonus or unreleased tracks), even the most ardent fan would be hard pressed to tell if he is any less lost in rapture by the two-part "Rave On John Donne" than a decade earlier during "Listen to the Lion." 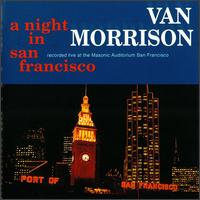 Ten years later, with another decade of pale commercial results behind him, Morrison took a turn in the direction he had eschewed for so long by offering a more mainstream show business approach for another concert recording. He didn't wholly leave behind his idiosyncrasies but, in traversing a cross section of his own influences, inviting special guests (including the disparate likes of saxophonist Candy Dulfer and long-time Morrison hero guitarist John Lee Hooker) and conceiving the performance as a revue, he effectively reduced himself to a role player just a notch above the master of ceremonies. Sprinkled throughout the two discs, between segues and a vocal appearance by his daughter Shana, are some moments where Morrison allows himself to shine but not all that brightly: "Lonely Avenue"/"Four O'Clock in the Morning," for instance, is memorable in relative terms only. 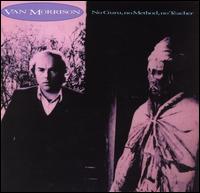 It's a testament to how intense is the persona created by Morrison in his early years, through both concert performances and recordings, that No Guru No Method No Teacher remains an object of interest. Any such lengthy discography as his is bound to contain peaks and valleys, and this constitutes one of the latter; essentially lacking style, orchestral arraignments no substitute for any genuine presence arising from his otherwise professional (to a fault?) band, while the original material reeks of bitterness about life in general and business in particular. The best moments of Morrison's music are those expressed in almost pure emotion in part because he's no poet with the language; so "Thanks for the Information" and "Ivory Tower" sound as (terribly) off-putting as "In the Garden" and "Oh The Warm Feeling" are (only mildly) inviting. 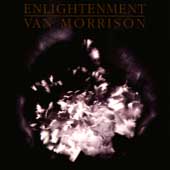 One of the most restless artists of his generation, Morrison hasn't often sounded comfortable in his surroundings or with himself during his long career. Enlightenment is one of those rare moments and while it's not the definition of contentment that is Tupelo Honey, it is conceivably a companion piece. With its punchy horns, sly lyrics and deeply felt singing, "Real Real Gone" is quintessential Morrison, authentic to his roots and delivered with not a whit of self-consciousness.

The immaculate sound quality of the man's latter-day recordings reached its pinnacle here, all the more noticeable for the relative simplicity of arrangements executed with taste and soul by a band he assembled himself. Then too it becomes obvious listening to Morrison's brilliant phrasing through this title song—is he ironic or isn't he?—that his voice is truly as finely tuned an instrument as there can be.

Growls and croons, lines snipped short or extended in utter surprise, may actually stand as metaphor for the paradoxes of the spiritual states so many of these songs allude to, but the overriding reality is the equanimity with which Morrison accepts those contradictions—knowingly or not, they are as accurate a reflection his own personality and the ultimate source of thorough style. Enlightenment, then, mustn't be lumped into the general malaise that was Morrison's recording output of the 1980s any more than can Veedon Fleece fits neatly into his 1970s work. 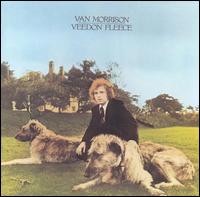 Yet in the same way both Enlightenment and Veedon Fleece are highlights, they have become so for almost opposite reasons. The 1974 album is the antithesis of accessible: an extremely introspective set of songs, it is nonetheless not insular precisely because the inclusion of the lyrics gives some boundaries to a sense of isolation that is evocative and, in the broadest possible sense, romantic. Morrison imbues a sense of heroic quest to performances of cryptic songs: "Linden Arden Stole the Highlights" renders the latent bitterness of "Fair Play" or "You Don't Pull No Punches But You Don't Push the River" proportionate to the sweet intimacy of "Comfort You" and the general sense of tranquility within "Country Fair."

As much as the material made no concession to pop, neither did the spare generally acoustic, jazz-tinged instrumentation (rendered exotic through the use of Jim Rothermel on flute and recorder). Consequently, while Veedon Fleece wasn't this legendary figure's farewell to the record company it might as well have been: it stands now as it did then, as a declaration he refused to cater to the mainstream any longer. On his subsequent albums for the label, Morrison pursued his muse in his own way to the exclusion of a wider audience. 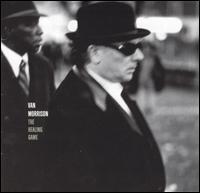 The major exception to that approach was the ultimate concession to the contrary Wavelength. But the polished likes of that 1978 release, for all its superficial virtues, can't compare with the vibrant likes of The Healing Game. This self-produced 1997 album is stunning to a degree which Van Morrison has increasingly rarely released, because it's such a pure expression of his personality rather than a contrived concept (songs for movies, country music etc).

Boasting what is arguably the best set of lyrics of his career this side of Astral Weeks (Warner Bros, 1968)—more vivid than cryptic, its imagery direct rather than allusive—it's also a distillation of the folk, blues, jazz and soul music that first moved Morrison. The spartan approach he uses here is the means by which, in combination with the depth of his emotional vulnerability, he manages to turn the emotional content as lush as any performances with more intricate arrangements of strings or horns.

Indicative of its rootsy approach, veteran saxophonist Pee Wee Ellis functions as a lynchpin of the band. Yet the woodwind arrangements he oversees are only the most obvious traits hearkening to vintage Morrison: there's also the prominence of guitar, the presence of harmonica and the compact simplicity of the ensemble playing. In hindsight they are, chronologically anyway, the last vestiges of inspiration in this latest round of remasters.

Live at The Grand Opera House in Belfast

Tracks: Into the Mystic (instrumental)/Inarticulate Speech of the Heart; Dweller on the Threshold; It's All in the Game/You Know What They're Writing About/Make it Real One More Time; She Gives Me Religion; Haunts of Ancient Peace; Full Force Gale; Beautiful Vision; Vanlose Stairway; Rave On John Donne/Rave On Part Two; Northern Muse (Solid Ground); Cleaning Windows.

No Guru No Method No Teacher

Tracks: Got to Go Back; Oh the Warm Feeling; Foreign Window; A Town Called Paradise; In the Garden; Tir Na Nog; Here Comes the Knight; Thanks for the Information; One Irish Rover; Ivory Tower. Bonus tracks (2008 CD reissue): Oh the Warm Feeling (alternative take); Lonely at the Top.

A Night in San Francisco

Tracks: CD 1: Did Ye Get Healed?; It's All in the Game / Make It Real One More Time; I Forgot That Love Existed; All Along the Watchtower; Vanlose Stairway / Trans-Euro Train / A Fool for You; You Make Me Feel So Free; Beautiful Vision; See Me Through / Soldier of Fortune / Thank You (Falettinme Be Mice Elf Agin); Ain't That Loving You Baby?; Stormy Monday / Have You Ever Loved a Woman? / No Rollin' Blues; Help Me; Organ solo from Green Onions;Good Morning Little Schoolgirl; Tupelo Honey; Moondance / My Funny Valentine. CD 2: Jumpin' With Symphony Sid; It Fills You Up; I'll Take Care of You / It's a Man's Man's Man's World; Lonely Avenue / 4 O'Clock in the Morning (Try for Sleep); Family Affair; You Give Me Nothing but the Blues; When Will I Become A Man?; Sooner Or Later / Down the Line; So Quiet in Here; That's Where It's At; In the Garden; Real Real Gone; You Send Me; Have I Told You Lately; Shakin' All Over; Gloria. Bonus track (2008 CD reissue): Cleaning Windows / The Street Only Knew Your Name.

Tracks: Rough God Goes Riding; Fire in the Belly; This Weight; Waiting Game; Piper at the Gates of Dawn; Burning Ground; It Once Was My Life; Sometimes We Cry; If You Love Me; The Healing Game. Bonus track (2008 CD reissue): At the End of the Day.