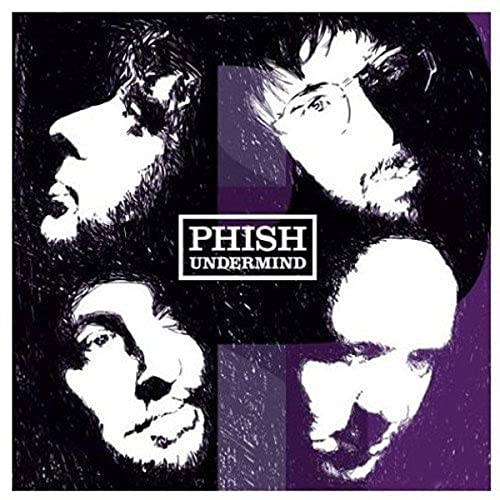 A decidedly conventional work from a decidedly unconventional group, Phish’s Undermind is a perfect marriage of purpose and production. Initial packing includes a DVD with studio footage and interviews with the band, but watching that disc isn't nearly so enlightening as hearing the CD in its entirety from start to finish. The artistic and personal unrest that may have led to the recent announcement of the band’s disbandment has clearly provided fuel for their collective creative fire.

If it weren’t for that bombshell, though, you might not hear the angst beneath the artful compositions and forceful performances. The whimsical wordplay of the title song, irresistibly infectious, masks more than a little dislocation while “Two Versions of Me,” carefree sing-song quality and all, is about nothing if not ambivalence. With its gliding gait built on a tasty mix of acoustic and electric guitars, “The Connection” doesn’t seem ironic—but it may very well be! (Especially because there may be nothing so purely pop in the entire Phish discography.) Keyboardist Page McConnell’s “Army of One,” its gospel roots all too clear, is nothing less than a prayer for direction, much like unsung band hero Mike Gordon’s lighthearted “Access Me” is a guarded plea for emotional intimacy.

But Undermind isn’t really about emotional content in itself, but the translation of passion into vivid arrangements fueling powerful playing. Producer Tchad Blake no doubt deserves much credit for preserving the texture of the instruments, whether it’s the edge of Trey Anastasio’s guitar slicing the strings on “Secret Smile” or the propulsive drive of Jon Fishman’s drumming on “Scents and Subtle Sounds.” But the sequencing of the tracks is crucial here too because the placement of the major performances, including the aforementioned pair as well as “A Song I Heard The Ocean Sing,” gives Undermind the distinct feel of a song cycle; the latter cut, in its spacious atmospheric layered mix, is vaguely reminiscent of both Hendrix’s Electric Ladyland and The Who’s Quadrophenia , both of which are wholes far greater than the sum of their parts and the same could be said of Undermind.

Phish has played Pete Townshend & Co’s magnum opus in concert in its entirety on occasion in the past, and the Vermont band might do well to do the same with its new album during its current and perhaps farewell tour. If the quartet should eventually reconsider retirement, its members could conceivably come back and pick up right they leave off now with Undermind because, contrary to what some longtime fans of the band might hear, the album contains the essence of the band at its best and suggests room for growth in directions they’ve rarely explored during their twenty-plus years together.