By Dan Bilawsky
February 18, 2014
Sign in to view read count
The back panel of drummer Ulysses Owens Jr.'s Onward & Upward is adorned with a telling quote from spiritual teacher/writer Ernest Holmes. His statement, that "evolution is proof of an irresistible urge which pushes everything onward and upward," could be applied to myriad topics, but it truly captures the essence of jazz drumming through time; it also speaks of the protean pulsations produced by one of the instrument's rising stars.

Owens' musical odyssey has taken him from Jacksonville, Florida to Julliard to the stages of the world, and though he's come quite a way in a relatively short amount of time, much of his story has yet to be written. As these two releases drop onto shelves, the thirty-one year old drummer is poised and primed to become one of the most talked-about drummer's on the scene. In the past five years, he's gone from being a virtual unknown to becoming an in-demand support player and scene stealer, providing the push behind bassist Christian McBride's varied projects, tastefully backing singer Kurt Elling, cooking with pianist Monty Alexander, and working with plenty of other big names. Here's a look at two albums that speak to what this man does when he takes to his throne. 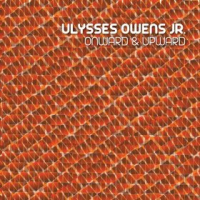 With his third leader date, Owens references the omnivorous attitude that's pervasive in today's jazz community. Since jazz means more things to more people than anybody could ever truly sort out, why not just touch on a lot of them? Owens goes with that line of thinking, throwing in everything from a groove-and-claps miniature (Onward & Upward Intro"), to a soulful vocal number ("People Make The World Go Round"), to a reflective original ("The Gift Of Forgiveness"). Nothing with a beat behind it is off-limits, as Owens pushes in some places and sits back in others. But regardless of what mode or mood he's in, Owens' music always points to the fact that he's in the driver's seat.

The drummer's taste in sidemen, like his playing, proves to be impeccable, as he brings in plenty of big guns to join the party. Things get playful and frisky when Anat Cohen's clarinet points south toward Brazil on "Samba Jam," Owens and pianist Christian Sands put a little intensity into the mix during "SST," trombonist Michael Dease steps forward on "For Nelson," and guitarist Gilad Hekselman adds a touch of modernity. Trumpeter Jason Palmer proves to be the standout in this sea of strong personalities, taking a spiritual stance in a few places and batting things around with Owens when the temperature rises. He's been "one to watch" for a while, but that might be too limiting a statement; one who's truly arrived should no longer have to wear such a label.

There's a lot to love here, and a lot of players to appreciate, but Owens owns this one. It's all about grooves, good vibes and a winning attitude. 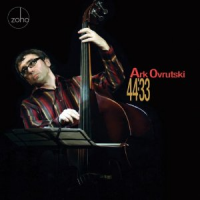 When Ukrainian bassist Ark Ovrutski last recorded under his own name he was submerged in the Sounds Of Brasil (Self Produced, 2011), swimming in those rich rhythmic waters with Brazilian tastemakers like drummer Duduka Da Fonseca and pianist Helio Alves. Now, three years after that album landed, he returns with a more broad-based project that pairs him with Owens on the bottom end of the sonic spectrum.

This album gets its name from its shorter-than-the-norm running time, which happens to work in its favor. A longer-is-better trend has turned many could've-been-great albums into exhausting, run-on snooze-fests, but this one steers clear of that possible outcome. 44:33 is a complete album that doesn't try to cram in excessive and unnecessary music.

NOLA grooves and Michael Dease's wonderfully swampy trombone work make for a party at the album's port of departure—"New Orleans"—and a simply-titled, varied-temperament waltz finds the band on different footing on the follow-up. As the program continues, drive is the topic of the day on "Up," Dease and saxophonist Michael Thomas find common ground as things calm down on "Baby's Vibe," and things get a little funky in a bluesy sort of way on "Path Train."

Many an ear's tendency is to follow the horns, but the rhythm section on 44:33 is really at the root of things, and Owens, once again, is at the center of it all.