BY GLENN ASTARITA
March 24, 2017
Sign in to view read count
Track review of "The Calendar" 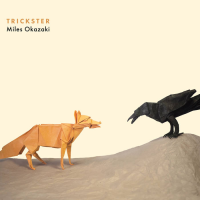 According to Okazaki, "The Calendar" ..." is a song about celestial movements, and comes from the story of the Egyptian god "Thoth, a trickster who beat the Moon in a game of dice." Thus, celestial movements equate to a mid-tempo groove, etched by drummer Sean Rickman's snare hits on top of the beat, contrasted by Okazaki and bassist Anthony Tidd's delicate phrasings, leading to a gradual ascension towards a perceived zenith. The musicians slowly build tension, abetted by Taborn's comping and Ozaki's intricately crafted single note patterns and fleet-fingered soloing, often countered by flickering flurries and the pianist's whirling chord clusters. They go for the gusto then lower the pitch during the coda. Ultimately, Okazaki's precision oriented approach to composition and execution offers a new spin on previously navigated routes.