Tord Gustavsen: The Richness of Simplicity 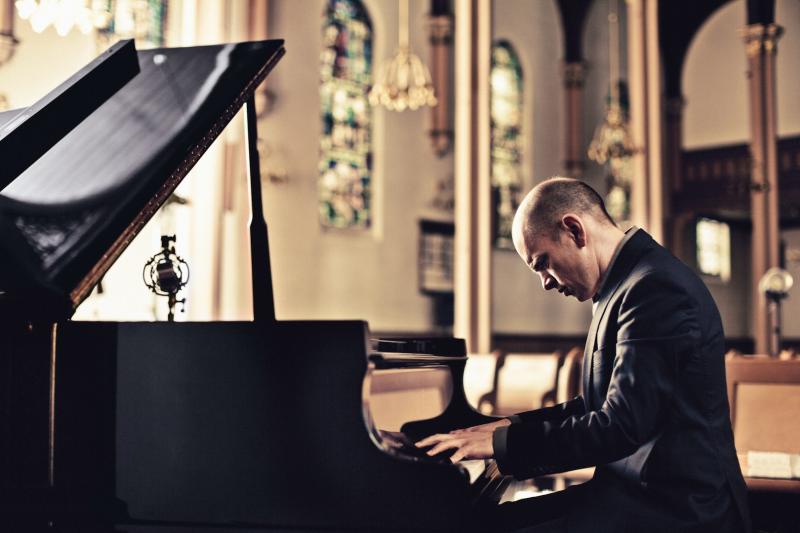 What we do is art music and it can be analyzed as such, but it can also be a state of being, opening up every moment, rather than a story unfolding that you can contemplate from afar.

The quintessential quality of Tord Gustavsen's The Well (ECM), released at the beginning of 2012, immediately received elated reactions from jazz lovers and critics alike. Entwining a complex and very well-structured succession of moods, the album traverses the territories allotted to classical music and jazz, reaching far beyond those and leading the listener into a self-revealing experience of the most sensitive quality.

Conducted just before a March, 2012 concert in Heidelberg, Germany's Holy Ghost Church, this interview represents a rewarding attempt to explore the musician's elusive world of sound, which unfurls its magic effect along a journey that wavers between the stillness of meditation and the tender throes of quiet torment.

All About Jazz: If you were somewhere where nobody knew you (which is very hard to imagine), and you had to introduce yourself, what would you say?

Tord Gustavsen: I would say that I was born in Norway and that I have this constant duality of the urban and rural ways of feeling life. I was born in the city but grew up in the country. I love the stillness of the forest but I am not really a wildlife person. I like to be involved in the globalized society but to have the forest close by.

That's one thing. I think that musically we are situated differently in the global landscape, where everything is in principle available all the time. Our task is to make sense out of that, to try to capture some kind of essence that reflects where we are, here and now, and not sound post-modern, like a loose mix of everything. For me that is definitely happening when something is firmly linked and rooted in the musical experiences of my childhood. I can develop complexity and multilayered playing, building on that.

Our music is definitely a kind of contemporary jazz, but it is just as much linked to a chamber music attitude or to a singer/songwriter one, with the lyrical emphasis on the melodies. We have different links to both the pop and the contemporary classical music worlds, focusing rather on textures and sounds than on traditional composition. It is generally about the richness of what is seemingly a kind of simplicity. To filter things through a channel of very simplified childlike themes and open up the inherent complexity and richness found there, instead of trying to play everything you can and show off everything you know. We move ourselves towards this point of departure that is full of stillness and focusing on very simple melodies and then we build from there.

AAJ: Why do you play in churches?

TG: I grew up in church, and since early childhood I've been playing a lot of church music; I accompanied and sang in the choir. Performing concerts in churches is a very natural thing to me. I like those spaces a lot. We are equally at home in a church as in a concert hall or in a club, if it has a good piano and a silent atmosphere during the concert.

AAJ: Where would you place The Well in your creative universe? What is its significance?

TG: In a way, it is a very natural prolongation of my trilogy of trio albums, because it is basically the same ideology of playing together, taken further in terms of enlarging the soundscape with the saxophone, and at the same time it is a statement of this quartet as a band on its own. Since 2009, the quartet has been my main touring ensemble and most of the ideology was conceived for it. We do concerts in the duo, trio, quartet and quintet formula, and for me that is a beautiful combination of stability and flexibility, quite different from playing only in a trio as I did in the beginning. It is very different from having a new band all the time. It is the same people, the same repertoire and there is a strong organic continuity to it.

AAJ: Your compositions seem to be wrapped in a veil of sensitivity; they have a quiet inner balance. How much of that is yourself?

TG: I think they reflect me as a person. I like to have intensity and concentration. In my daily life, I need to have emotional intensity, elegance and space, and I need a lot of breathing space in my music. So this duality between raw intensity and elegance, or intensity and space, has to be there on both levels, as a person and as a musician. And I guess some of that will reflect on how we play and how we approach the instruments, and also on the unconscious signals we send from the stage. It is a very powerful thing when I feel that the audience is willing to go with us on that journey and enter that kind of musical meditation. That's when I feel that our concerts are really meaningful.

AAJ: How much is the result of other influences?

TG: I probably cannot really differentiate that because what is me, is of course an amalgam of early childhood influences with me being in the church, being in a meditation type of mood, and in touch with lullabies, devotional music, hymns, gospels and spirituals. That is a very important component of my personality as a spiritual person and as a musician. In later years, on top of that, there comes the listening to the whole history of American jazz, contemporary classical music, to the impressionist composers and to the folk music from many different parts of the world. All these influences are circling around in a frame of reference, a multi polar field of gravity with all kinds of gravitational forces.

I think that it is our task to try and unify those forces into something that becomes a voice, a musical universe that can come across as something of significance and bringing something of a personal message. Naturally, the modernist thinking that things can be absolutely new is long gone. There are so many different traditions, and so much of what feels like new is just a reworking of the old. And that's the post-modern situation. But, for me still the notion of a voice, and the notion of authenticity remain really important. I have to feel that what I am playing is honest and this comes close to the notion of beauty, which when I play I am trying to get into. 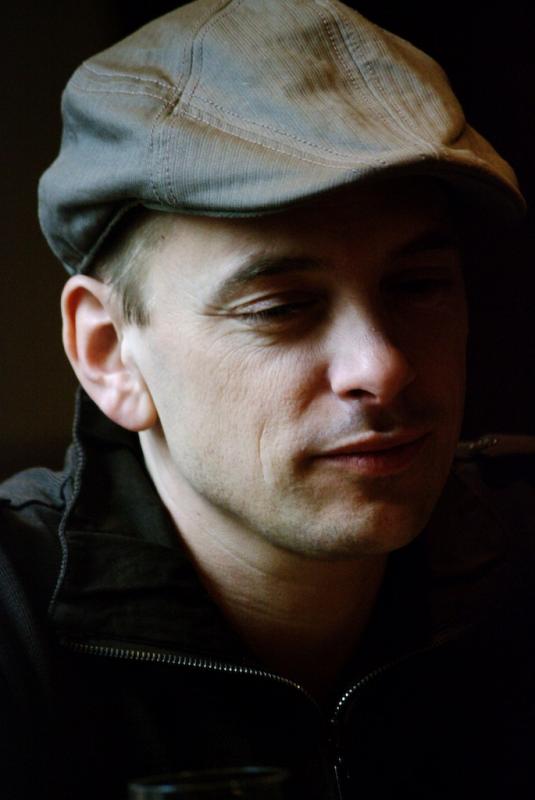 AAJ: How do themes like "Tears Transforming" or "Circling" come into being?

TG: Of course, when you compose all the influences are at work. These themes have a lot of Scandinavian folk and gospel music. But then, for them to come together there is a portion of the uncontrollable there. Sometimes a theme can arise seemingly out of nothing or out of the inspiration of playing the piano or hearing something the other musicians do. Other themes arise out of very specific events in life. It can be closely related to tragedies or to joys. At other times there are no direct links like that. The two themes mentioned by you are in my personal biography on the opposite ends of that scale. "Tears Transforming" was composed after a big tragedy in my life and in the middle of the process of learning how to go through grief instead of trying to run away from it. You have to go through grief in order to come out with some dignity and some grounding. It may hurt you more but in the long run it makes you a whole person. "Circling" was composed at a sound-check, based on a more casual type of inspiration. Certainly everything that happens in life is always there, nearer to or farther from the surface.

TG: I do indeed, and I know what you mean. "The Prelude" was something I almost didn't want to bring out, but it just forced its way through. It is also very much linked to the way we usually perform concerts. I like to open up the soundscape by very minimalist playing and by a radical type of listening, to the room, to the instruments, to the sounds and the space between them. Almost all of our concerts have some kinds of prelude and I really like that. For me it is also something like a link to the ritual of the liturgy, I think a concert should be a lot like a Gottesdienst [Divine Service], where you enter and get some kind of purification. You can go there with your entire being and be lifted. It can be a place to cry or a place to say thank you. A place where you can feel that life is bigger than all the small annoying details. I like to feel a little bit like that during a concert, like being part of a non-dogmatic service.

AAJ: Would you describe your composition as narrative?

TG: That's a very interesting question. A philosophical one, I should say. I think our kind of jazz music is really balancing between music as a state of being, as energy circling, where the important thing is just to be in the energy. The other polarity is music as a narrative, unfolding from the beginning to the end, with a building and a release of tension.

All of this is what you normally connect with the classical composition, whereas the other polarity is connected to folk music—African music, for instance—where the groove goes on and on regardless of structure, and the important thing is the intensity, and being inside the groove. Again, both extremes of this scale have to be there to a very high degree in order for me to be satisfied. What we do is art music and it can be analyzed as such, but it can also be a state of being opening up every moment rather than a story unfolding, that you can contemplate from afar.

That would be one kind of answer to your question. But if you approach it more like "do our tunes deal with something specific?" then the answer is predominantly no, because it is principally open to any interpretation. Any listener's conception of our music will be true for that listener, and it is important not to try and close that. If we wanted to describe a mountain or a river we would take a picture of it. Music is a lot richer than that. Still, I guess you could say that our music is a lot about breathing space and about finding yourself and getting strength from stillness, and to move on and dare to be who you are. 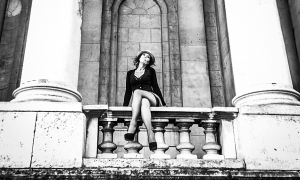