By Trevor MacLaren
March 2, 2004
Sign in to view read count 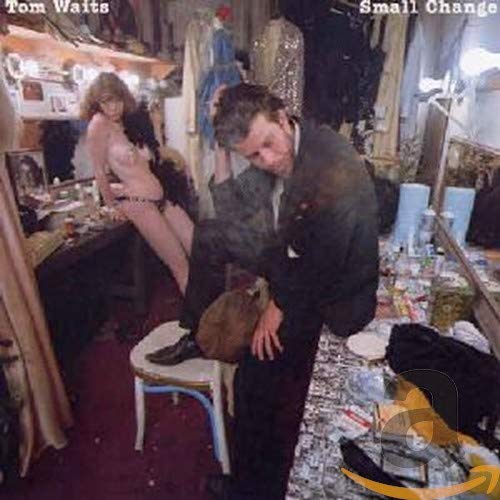 Tom Waits is unlike any singer/songwriter before or since he burst on the scene with Closing Time in 1973. His music has always been original and eclectic, guiding his audience along an evolution from drunken skid row crooner to his present role as western music's deconstruction magician. Throughout a catalogue that spans thirty plus years of gushing genius, jazz has always been a foundation for much of Waits' ideological structures. His seventies output on David Geffen's Asylum label is not only his most accessible work, it's also basted in the juices of jazz's history. Although you can pull any of the Asylum records and get a good feel for what was up to during this period, his strongest work has to be Small Change.

The record is fused by Waits on piano and vocals with a trio featuring tenor saxophonist Lew Tabackin, bassist Jim Hughart, and drummer Shelly Manne. On this record Tom's cigarette-burned and whiskey-tinged voice takes on more of a Louis Armstrong-style sound and phrasing. This was an initial turn-off for many perspective listeners, but it makes up a lot of what is charming about Waits. One listen to "The Piano Has been Drinking" and you will be surprised just how well his voice is needed for the environment his music has created.

Throughout his work during this time he told stories from the other side of America. His lyrics were as important as the music he played. He came off as Hubert Selby Jr. crossed with Raymond Chandler impersonating a piano bar singer. His stories, such as the one about Small Change, "who got rained on with his own .38" and the drunken beat poetry ramblings about strippers, peepshows and softcore porn on "Pasties and G-String" must have made Charles Bukowski proud. But if you were look past this fa'ade, the music he sculpted was a superb blend of jazz and its literary offshoot, beat poetry.

If Small Change proves anything, it proves that Tom Waits—aside from his eccentric style—was writing and playing great jazz music. No doubt about it, any serious jazz fan would likely be surprised at how great these records are.