BY DOUG COLLETTE
February 20, 2010
Sign in to view read count 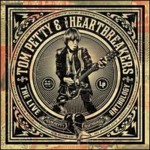 Tom Petty obviously reveres his band The Heartbreakers with the feeling being mutual, as the group not only welcomes the leader back from his solo projects with Jeff Lynne and Rick Rubin, but also deigns to skillfully reinterpret the most popular material from those projects.

Improvisation takes on many forms in the hands of musicians this skilled, ranging from working with an orchestra on "Dreamville" to conjuring up a raunchy guitar intro to "American Girl," as is the way this whole group tailors the energy they inject into their playing and singing. On "I Won't Back Down," for instance, they render understatement even more effective than using anthems as a means of declaring defiance.

In Petty's pragmatic but profound introductory essay in the accompanying booklet within this package, he speaks for any music-lover who's taken the time to reflect on the cumulative effect of the live music he or she has experienced. As testament to those sublime moments, performances filling four CDs recorded in venues as disparate as The Fillmore in San Francisco and Wembley Arena in London, comprise The Live Anthology.

A clutch of the tracks on this set come from those two aforementioned sites, but the locations where the tunes were played isn't so extensive as the list of tunes themselves. Including in tellingly close juxtaposition for instance, the blues of Willie Dixon ("I Just Want to Make Love to You") and the pure pop of Thunderclap Newman ("Something in the Air"), everything either fan or dilettante would want by Tom Petty and the Heartbreakers appears here, as well as rarities like "Mary Jane's Last Dance."

Though the decision was made not to prettify or correct the recordings as engineer Ryan Ulyate found them, the absence of correcting overdubs only reveals how well-practiced the group has become over the course of over three decades on material as varied as the melancholy "Southern Accents" and the raucous "Century City."

No inertia appears during the course of over four hours of playing time. The inclusion of cover material as varied as Bobby Womack's "I'm in Love" and Fleetwood Mac's "Oh Well" may be preventative maintenance; hearing and playing such tunes no doubt makes standards of the Tom Petty and The Heartbreakers' repertoire like "Refugee" sound different and fresh to all involved.

The sound quality, administered by a roster of engineers, is uniformly clear whether the performance comes from 1980 or 2006, but the additional advantage of the live recording is that the extra polish that at times renders this band's studio recordings antiseptic, is nowhere to be found. The Live Anthology is one natural shining moment after another.

CD1: Nightwatchman; Even The Losers; Here Comes My Girl; A Thing About You; I'm In Love; I'm A Man; Straight Into Darkness; Breakdown; Something In The Air; I Just Want To Make Love To You; Drivin' Down To Georgia; Lost Without You; Refugee. CD2: Diddy Wah Diddy; I Want You Back Again;Wildflowers; Friend Of The Devil; A Woman In Love (It's Not Me); It's Good To Be King; Angel Dream (No. 2); Learning To Fly; Mary Jane's Last Dance;Mystic Eyes. CD3: Jammin' Me; The Wild One, Forever; Green Onions; Louisiana Rain; Melinda; Goldfinger; Surrender; Dreamville; Spike; Any Way You Want It; American Girl. CD4: Runnin' Down A Dream; Oh Well; Southern Accents; Crawling Back To You; My Life/Your World; I Won't Back Down; Square One; Have Love Will Travel; Free Fallin'; The Waiting; Good Good Lovin'; Century City; Alright For Now.