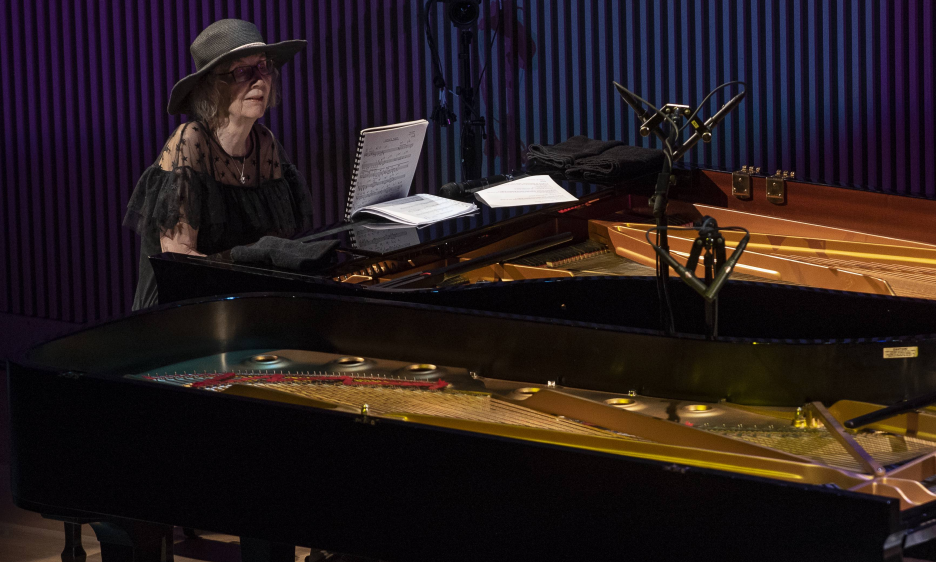 It would have been Thelonious Monk's 101st birthday this year, but the pianist and composer has not lost his luster over the years. Every year SFJAZZ celebrates his birthday with a concert. Past years have included performances by John Beasley's MONK'estra and Benny Green's Monk's Dream.

This year SFJAZZ brought three female pianists to the stage to pay homage to a mentor. Bent forward, her long black hair swaying, Helen Sung, played her evocative and carefully phrased version of "Reflections," she ending with a broad grin. A Houston native, Sung is a graduate of the Thelonious Monk Institute of Jazz Performance. "I've been told that Thelonious Monk is my patron saint," Sung told the audience. "I'll take that."

Her version of "Ask Me How" was evocative and carefully phrased, and "San Francisco Holiday" shimmered. After an eloquent take on "In Walked Bud," Sung welcomed to the stage Vancouver-born Kris Davis, an eloquent pianist who does a lot of work with prepared piano. Pianos facing each other and overhead cameras showing their keyboard fingerings, they played "Blue Monk" in tandem.

Sung then left the stage. Davis began her solo set with a meditative "Eronel" before moving to demonstrate her prepared piano techniques during "Evidence." A rapid-fire version of "Bemsha Swing" was next, followed by the "52nd Street Theme," a popular Monk-penned jazz standard from 1944.

Next, it was time to introduce the evening's heavyweight JoAnne Brackeen. Now eighty, Brackeen, a professor at Berklee School of Music, rarely makes it to the Bay Area. Over a lifetime in the music, she has played with such luminaries as Stan Getz, Chick Corea, Ornette Coleman, Jack DeJohnette, Cecil McBee, Eddie Gomez, Art Blakey and Billy Hart and has recorded more than twenty albums as a leader. For the evening, she donned one of her characteristic wide-brimmed hats.

Davis and Brackeen performed a lively duet on "Monk's Dream; then Brackeen wove her way through "Rhythm-a-Ning," a tune "I played with Freddie Hubbard in the 1980s." It ended with a dramatic flourish, and then it was time for "Ugly Beauty," which came to a lovely climax and was followed by "Four in One."

Brackeen then welcomed Sung back to the stage to duet on Brakeen's "Monk of Thelonious." The appreciative crowd stood up and cheered at its conclusion.

Davis returned for a memorable trio version of "Straight No Chaser" which led to yet another standing ovation as the evening's performance concluded.