By JOHN KELMAN
September 22, 2010
Sign in to view read count 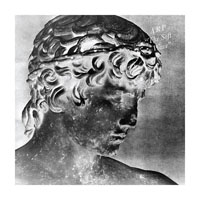 In a time of home studios and digital media, the resurgence of interest in all things analogue has transcended simple nostalgia. To be sure, better analogue-to-digital conversions have improved almost exponentially over the early days of digital recording, to the point where most people can't tell the difference. Similarly, though digital sampling and synthesis has, in many ways, gone beyond the scope of early analogue synths, there are certain sounds that simply sound indefinably better from their original sources. Maybe it's because, with analogue, there's room for subtle variations that are eliminated when dealing with the hard and unalterable facts of digital zeroes and ones; there's often something intangibly but discernibly warmer about recordings using analogue gear, recorded to two-inch tape (rather than hard disc).

New York-based sound sculptor Alexis Georgopoulos knew this when he began Arp, a project that relies on both analogue synths and recording technology. Building on the successes of its acclaimed 2007 debut, In Light (Smalltown Supersound), Arp's wealth of stylistic references—any one of which would be enough to recommend the disc, but when taken cumulatively, make the aptly titled follow-up, The Soft Wave, something special. Classical minimalism, ambient references to Brian Eno, rhythmic hints of '70s-era Kraut Rock and the Art Rock of seminal synth-based groups like Tangerine Dream are only some of The Soft Wave's touchstones; but as much as Arp references them, it's the way that Georgopoulos brings them together that gives the project its unique voice.

"Pastoral Symphony" opens the disc with a lush, single note that gradually layers into a softly undulating chord, over which Georgopoulos gradually adds a gentle bass line to provide some forward motion, a variety of melodies and an array of synth textures; ambient music, but with a pulse—bringing together many of his touchstones in one nine-minute shot, particularly Rainbow in Curved Air-era Terry Riley, Music for Films-era Eno and Sorcerer-era Tangerine Dream. Other foundations—like the repetitive, two-chord strummed guitar figure, over which Georgopoulos layers synth washes on the brief "White Light"—are far too in-your-face to be considered ambient, while the bass figure of "Alfa (Dusted)," despite harkening back to The Byrds' "Eight Miles High," remains texturally more ethereal and, without the edge of percussion, hypnotic.

The swelling beauty of "Catch Wave," with its ebbing and flowing layers of piano and synths, contrasts with the subtle drum machine that drives both "High Life," The Soft Wave's closest approach to synth-pop, along with the similarly-driven but more pastoral "From a Balcony Overlooking the Sea," the disc's only vocal track.

But some of The Soft Wave's best moments are when it approaches imaginative cinematic territory, as it does on the slowly unfolding "Grapefruit." For fans of the analogue sound, Arp's The Soft Wave manages to deliver both a hint of nostalgia and a thoroughly modern exploration and consolidation of a multitude of sources from a decade of innovation that continues to be felt, nearly forty years later.