Home » Jazz Articles » Enrico Rava: The Pilgrim And The Stars

Enrico Rava: The Pilgrim And The Stars

By Budd Kopman
November 1, 2008
Sign in to view read count 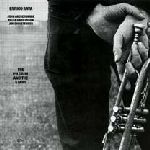 In celebration of its fortieth anniversary, ECM has initiated a program called Touchstones in which forty albums recorded from 1971-1993 have been reissued. The program has been designed both to allow collectors to fill in missing releases and to introduce new listeners to a wide range of the music that has defined the "ECM sound."

As fascinating as jazz can be by the seemingly endless creation of the new and heretofore unheard, a reissue of a currently hard-to-acquire album allows for the old(er) to be experienced as new. While Western classical music measures its history in centuries, jazz does so in decades.

The Pilgrim And The Stars, recorded in 1975, is from ECM's first decade of existence, and presents early performances of guitarist John Abercrombie, bassist Palle Danielsson, and drummer John Christensen, the latter two of whom were members of pianist Keith Jarrett's "European Quartet"—see Belonging (ECM, 1974).

The music itself sounds remarkably fresh today, which is just an indication that good music is timeless and rises above any stylistic constraints of its era. The compositions, all by Rava (with Graciela Rava added for "By The Sea") vary widely, allowing for an attractive pacing and flow. Overall, there is a strong feeling of each individual performer's freedom intersecting, reacting with, and responding to the group sound of the moment, always, colored, however, by the free romanticism of Rava's trumpet.

Although the album is obviously Rava's through his compositions and trumpet playing, Abercrombie very nearly steals the record with his intense, flying, and completely unpredictable solos, as well as his lush and well-placed, sharp accompaniment.

While all of the tracks have something to offer, the title track and "Bella," besides being the longest, are standouts. Constructed similarly, their opening, rubato sections offer beauty and grace, before the band takes off in the middle, extended sections. It is here that Abercrombie, particularly in "Bella," shines, practically searing the speakers and eliciting a "woo," presumably from Rava.

Danielsson and Christensen, as the rhythm section, are easily taken for granted since their playing is so highly attuned both to each other and to the rest of the band, pushing and pulling the music along.

The Pilgrim And The Stars is a most welcome reissue regardless of perspective, being very alive, vibrant, and simply great music—jazz at its best.

The Pilgrim And The Stars; Parks; Bella; Pesce Naufrago; Surprise Hotel; By The Sea; Blancasnow.