The Nice Jazz Orchestra At The Opera House 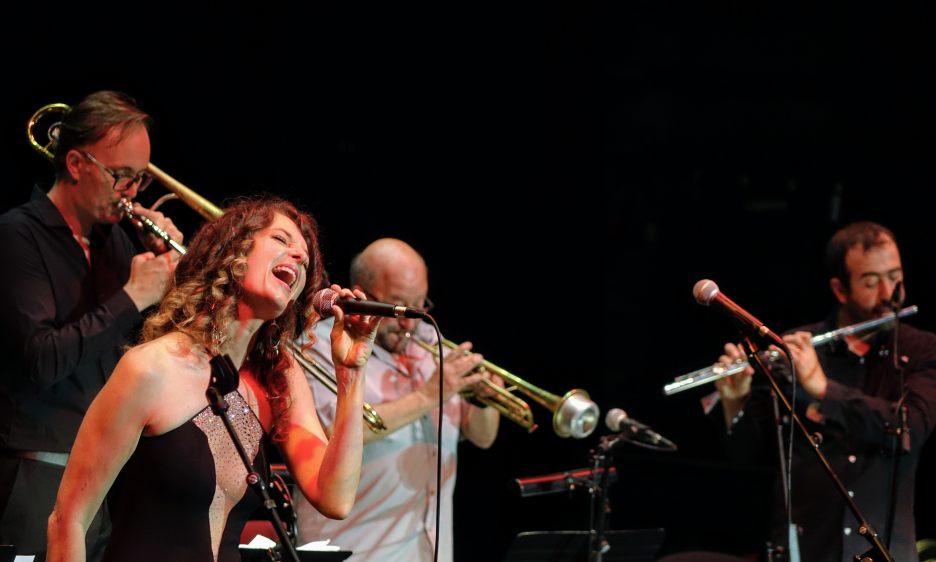 Jazz arrived in France at the end of the First World War. A band of the 15th regiment, New York National Guard toured France extensively under the baton of James Reese Europe, playing formal military music employing some jazz expression. However, jazz took root in France through amateur bands at US Army supply depots on the Atlantic coast and in Marseille, where African-American soldiers in a Pioneer regiment formed the "Receiving Station Jazz Band" in November of 1918. These were decidedly not official military bands. The terrible trench warfare in the North of France was ending, but American withdrawal from France continued for another year. By then, jazz in America was already over 21 years old and the Roaring Twenties were about to begin.

Jazz began in France in the same way as it did in many places. African-American men with time to spare and often with limited musical experience to constrain them, picked up on syncopated ragtime music and started to play. The American soldiers may have heard the first jazz recording "Livery Stable Blues" (Victor, 1917) by The Original Dixieland Jass Band. They may have heard jazz in New Orleans, a major military shipping port, or they may have heard jazz in dance halls and bars as it spread out across America.

A full 30 years after jazz arrived in France,  Nice was home to the first jazz festival which still thrives today. Louis Armstrong came to play the first edition. It seemed fitting that Nice would be a place to celebrate the 100th anniversary of jazz in France.

They began at the beginning, with Scott Joplin's "Maple Leaf Rag" the syncopated piano music was appropriately aged by the accompaniment of five 'cellists. Marjorie Martinez and Bertrand introduced themselves by singing the spiritual "Down by the Riverside." A trumpet led the band onto the stage playing W.C Handy's "St Louis  Blues" as Martinez sang "I hate to see that evening sun go down"  loading her voice with chagrin. Then on to swing "It don't mean a Thing" and Benny Goodman's "Sing Sing Sing." Representing Ella Fitzgerald, Martinez sang "Honeysuckle Rose" and unusually, a vocal version of Duke Ellington's "Caravan."

They used "Whispering" from1920, to effectively illustrate three musical styles. The original on piano was accompanied by 'cello to set the period, they added eighth notes to swing it, then the melody went into the bebop style and became less recognizable.

The second set opened with "Summertime" from Gershwin's "Porgy and Bess" and went on to "Moanin" a Bobby Timmons tune for Art Blakey. The 'celli started Chopin's Prelude#4 then the band and Martinez flowed into Antonio Carlos Jobim's "How Insensitive" to demonstrate the similarities between the two pieces of music.The audience were now in South America so they were treated to Astor Piazzolla's "Libertango" with the authentic addition of the traditional tango accordion, the bandoneon played with gusto by Frédéric Viale.

Spanish tenor Gilles San Juan walked the stage. He looked disdainfully at the audience as he grew the drama, then sang full voice "Veinte Anos" (20 years) which led on to Chick Corea's "Spain." For their well-deserved encore, Martinez sang Cole Porter's, "I've got You under my Skin."

To represent 100 years of jazz in France in two sets was ambitious, but they attacked the task with energy using the 'celli to fill out the mid-range sounds for orchestral effect. The surprises were how they managed to effectively illustrate three jazz progressions in "Whispering" and their seamless transition from Chopin to Jobim.

This was an informative, well executed program, packed with a variety of music and instruments to celebrate a century of jazz, which is still well-loved music in France.