By Nick Catalano
November 7, 2010
Sign in to view read count 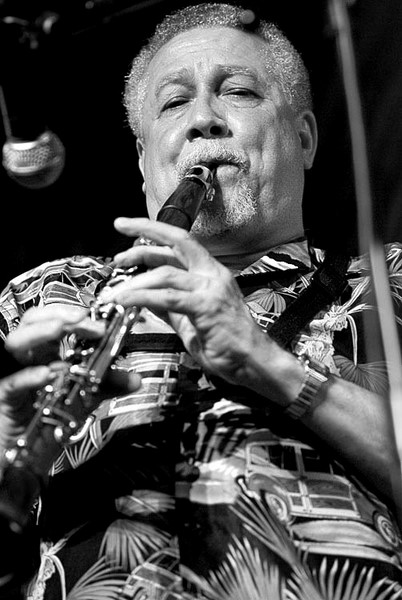 Several years ago I attended a performance at Dizzy's Club Coca-Cola starring Paquito D'Rivera and a new ensemble that he had organized dubbed the Panamericana orchestra. It was a notable evening and I was very enthusiastic about the music and eagerly wrote about it in New York Beat.

I had had some history with D'Rivera starting in the early '80s soon after he had defected from Cuba. He had arrived in New York with his alto sax blazing multi-noted high speed improvisations and created quite a stir. The Willard Alexander agency was having no problems booking the hot new saxophonist and I managed to include him in a few concert series that I was producing. His presence certainly sparked attendance and he was rapidly off on the touring and recording scene having considerable success and receiving important critical attention. Several reviews made comparisons of his playing with that of Charlie Parker's, and that launched a career which would insure him of years of international festival work, stints at the best jazz clubs, and frequent phone calls from record producers.

After a while, my producing and reviewing attention turned elsewhere, which is a common occurrence living in the world's most important jazz city. One is constantly deluged with publicity about new artists and it is gratifying to see virtuosi such as D'Rivera roar into prominence. But an important part of a writer's work is to introduce audiences to new artists and creations, and when figures become established the fact that they no longer need extensive critical exposure plays a part in deciding who to write about.

Many years went by. D'Rivera continued on his merry way and his name was constantly in the jazz headlines. One day shortly after Dizzy's club got going I received a notice that D'Rivera would appear fronting a new group and focusing on his clarinet playing and classical training. By then I had discovered a great deal about the intense musical activity that had been going in Castro's Cuba and had written about the astounding musicianship and extraordinary classical training of some of its expatriates (i.e., Arturo Sandoval and Dafnis Prieto).

Armed with this information I went to Dizzy's to see what D'Rivera was up to. I was instantly dazzled by the revolutionary new pieces, the unique instrumentation (steel pans, cellos, harps) and the musical colors created by the group. Perhaps most of all I was intrigued by D'Rivera and his tranquil clarinet. Gone was the screaming alto, the wild jam session atmosphere of yore, and the sweating and hand-clapping onstage. Here was a new D'Rivera immersed in the understated classical music of his Cuban childhood, creating delicious sounds with his first love—the clarinet—and leading an astounding new aggregation.

I was so excited that I asked him after the show when he would record the group. He indicated that the cerebral nature of the sound would make some producers hesitate.

Several years have gone by and finally the group has released the long awaited CD. Dubbed Paquito D'Rivera's Panamericana Suite on the MCG label, the product is true to the experience I encountered years ago. In addition, it is a tribute to the inordinately rich tradition of Cuban musical history.