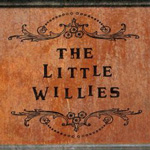 It was only a matter of time before Norah Jones would give into her country music jones and deliver the goods. The Little Willies is Jones' first project since the comfortable Feels Like Home (Blue Note, 2004). She takes members of her Handsome Band and mixes them with some additional New York City-based musicians, including singer-songwriter Richard Julian and guitarist Jim Campilongo.

The resulting entity, The Little Willies, takes it easy as the musicians stroll through some classic country tunes written by the likes of Fred Rose, Kris Kristofferson, Willie Nelson and Jimmy Driftwood. The band even provides a couple of new country standards along the way. They are obviously having fun, and this contributes to a very fun recording. Listeners have suspected Jones' honky tonk piano roots, as well as her chops. She exercises the vernacular of the country trinity of Mickey Gilley, Jerry Lee Lewis and Jimmy Swaggart with a perfectly muscular, two-fisted approach to the barrelhouse eighty-eight.

Jones shares lead vocal duties with Richard Julian, who is a fine country singer, kind of like Rodney Crowell singing the Lyle Lovett songbook. The covers include two by the group's namesake, Willie Nelson. Jones sings a rushed jazzy "I Gotta Get Drunk and a perfectly languid "Nightlife, where she also displays the piano wares which were muted on her solo recordings. From Townes Van Zandt, the Willies sing not "Pancho and Lefty but the exquisite "No Place to Fall." From the Kris Kristofferson songbook we hear "The Best of All Possible Worlds, not "Me and Bobby McGee. From Hank Williams, Sr. we have "I'll Never Get Out.

There's not a pedal steel guitar to be found here, only the honest piano of Jones and stinging electric guitar of Jim Campilongo, sharpening the edges of this otherwise quite laid-back recording.

Roly Poly; I'll Never Get Out; Love Me; It's Not You It's Me; Best Of All Possible Worlds; No Place To Fall; Roll On; Gotta Get Drunk; Streets Of Baltimore; Easy As The Rain; Tennessee Stud; Nightlife; Lou Reed.

About The Little Willies