By B.D. LENZ
March 16, 2020
Sign in to view read count
AAJ: What is your demographic and has it gotten narrower or wider over the years? Do young people seem to be interested?

MF: As far as the demographic of things, it's getting wider. What I've heard at conferences for years and years and years is we've got to get the young people. That's great, young people love music. They're playing good music at school. We have strong jazz education. Young people are fine.

I'll tell you what's not fine. At every age, from 12 to 15, to 65 to 70, it's 80% men and 20% women. There's the real problem. It's not an age gap it's a gender gap. Women are the arbiters of culture. If it's a restaurant that women want to go to you're going to need a reservation. If there's a concert that they want to go to it's going to be hard to get tickets and so on. Look at the things that are successful in our society and you'll see how they successfully market themselves to women. We're doing that. You can look at Posi-Tone and see the female artists and other type of stuff that we do, besides that, that also makes it appeal to women in terms of the type of emotion and presence we're trying to make.

AAJ: I have one last question. Are you optimistic about the future of recorded jazz?

MF: I think it's bright. I think that even if the machinery breaks there just comes a point where people have to make whatever decision they want about what level of suffering you they're willing to sign up for, or how much money is enough. A lot of musicians I work with make more money than I do but I really enjoy my job and I get more out of it than just dollars and cents. I think there are a lot of people who are that way. The recorded music is great; there's more high-quality jazz being created now than ever before.

Let's quickly address some propaganda because we're living in a world where propaganda is such a hot topic. There's a lot of people out there who like to tell you that the greatest time ever for jazz was 1959 and giants walked the Earth. Everything was so great then and now it's just an afterthought. Ken Burns will only give us forty-five minutes for the entire history of jazz from 1960 to 1995 let alone the last twenty-five years. I would say to you that that's just not true. Are the baseball athletes better now than they were in 1959? Yes. Are the basketball players? Yes. Are the swimmers? Yes. Are the high jumpers? Yes. Are the dancers? Yes. Are the race car drivers? Yes. Every form of human expression has continued to improve and develop since 1959 but somehow, miraculously, jazz performance hasn't. The reason why those athletes are better is because of better training and better equipment. Is there better equipment and better training in jazz? There obviously is better training and equipment.

So the truth is, yes, there is a lack of gatekeeping and a lack of studio chops relative to that time. But there is more talent and more quality players now than ever before. It is such an exciting time for music. There are so many more records I would like to make and am unable. So many people who I think are exciting musicians, I love their music, who I'd love to be able to present them, but there isn't enough bandwidth in my own place to do it today.

So then ask yourself, where is all this 1959 stuff coming from? It's coming from the people who own those catalogs of content, that's where it's coming from. They have a vested interest in continuing to scream loudly, with money in the marketplace, about things.

Relatedly, about streaming... streaming is really great if you own a whole bunch of back catalog recordings. Record companies used to have to pay maintain a warehouse, and keep things physically in print, and pay to employ people to work at that warehouse, do shipping, and do inventory. One day someone said, "hey man, if you can get rid of all these rents, and payroll jobs, and have your whole catalog in print, all the time, on demand. Doesn't that sound better?" They said, "yea, sure, where do I sign up?" And that's why we have streaming. Because all that stuff that should be out of print or, God forbid, in the public domain is all out there making money for these people who have tremendous brand recognition. When Eric Alexander comes out with a record he's not competing against J.D. Allen, he's competing against John Coltrane and Sonny Rollins, and Stanley Turrentine, and everybody else from sixty, seventy years ago. That stuff is great but it should be out of print.

You can go right now to iTunes or Spotify and find a whole lot of music that used to be hard to find or out of print. The level of geeking that used to happen, getting excited for something, waiting for something, the joy of finding something. That's all been sucked out of this whole thing. And that "geeking" is another word for engagement. There's no hunting, no collecting. Part of the problem with recorded music is the level of engagement and geeking is being overwhelmed by too much information and too much content. There's too much supply and not enough engagement and demand. And that's why, for people, they need to go out and work hard to build engagement.

Here's my parting thought. "People don't do things for things, people do things for people." The more that you humanize yourself to your audience, the more you're going to be able to create success for yourself, and greater engagement, and geeking, and happiness, and joy, and entertainment, and all those other things. That is what we're here to do, supposedly. It's all about running a business that's based upon being a person who wants to connect with other people, not about being some grand non-living entity, shoveling piles of yesterday's digital files at people and saying this is the best stuff ever because we own it. 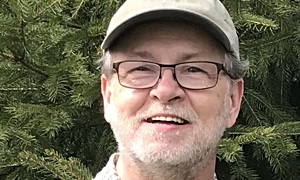 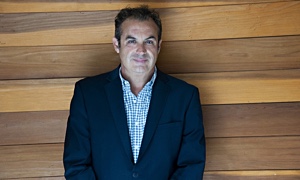 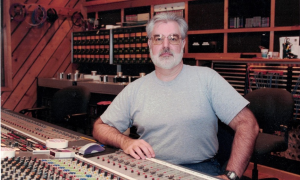 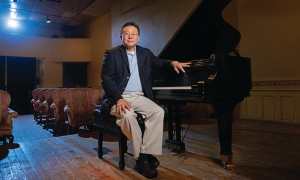 The Venue Owner: Henry Wong of An Die Musik 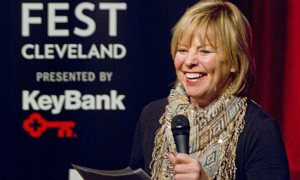 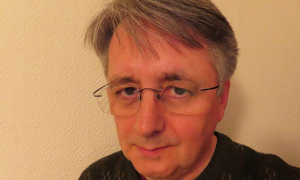 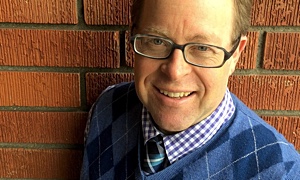