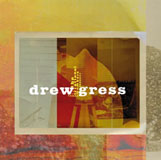 Bassist Drew Gress returns with the same group from 7 Black Butterflies (Premonition, 2005), but The Irrational Numbers is more than a logical continuation of Butterflies' postmodern lyricism. Instead, it's an album of more vivid extremes, ranging from detailed writing to even freer improvisational exchanges and an overall greater sense of adventure. Not that Butterflies was anything but intrepid, but Numbers ups the ante with ten Gress originals, proving the old adage about being the sum total of one's experiences.

The majority of Numbers grooves in a way that references both Dress' inestimable experience in the modern mainstream with artists including pianists Fred Hersch and Marc Copland, and his left of center work with The Claudia Quintet and trumpeter Dave Douglas, amongst others. But there are periods of completely free improvisation, as in the center of the twelve-minute "Neopolitan" where, along with altoist Tim Berne, pianist Craig Taborn and drummer Tom Rainey, Gress explores a kind of extended, jagged angularity rarely heard on Butterflies. It's no surprise, considering Gress' participation in the free improv collective Paraphrase with Berne and Rainey, but it is remarkable how the group finds its way from a very unfettered place to the sophisticated time and changes-based underpinning of Gress' thematically constructed solo.

Gress's resonant voice plays an even more dominant role as soloist and contrapuntal partner this time around. "Bellwether" is a sophisticated orchestral miniature, tinged with subtle electronics and Gress' leading voice, while the rhythmically knotty "Chevelle" is propelled by Rainey's undeniable pulse and a brief but idiosyncratically dissonant theme from Berne and trumpeter Ralph Alessi. Taborn's spare solo is countered by Gress' more energetic take, with Alessi finding the middle ground before leading into a through-composed ending where the pulse relaxes and Gress' contemporary melodism becomes more evident, with Taborn the angular foil to Berne and Alessi's consonance.

"Fauxjobim" may not directly reference its namesake, but it is more relaxed, as Gress' melody interweaves with Berne and Alessi's languid lines. Taborn, an encyclopedic stylist who always retains an unmistakable voice, delivers yet another solo that stands out in its complete avoidance of grandstanding, setting the stage for an in tandem solo by the ever-inventive Berne and Alessi. In contrast with his own recordings, it's an ear-opener to hear Berne solo with such direct simplicity and unadorned melodic intent.

"By Far," one of Gress' most darkly beautiful pieces to date, is a brooding ballad where the form never completely dissolves, but ebbs and flows with the quintet's open-ended simpatico. "True South," with Taborn's nearly two-minute opening solo, a brief but fiery exchange between Rainey and Alessi augmented by co-producer David Torn's sonic magic, and a dirge-like theme leading into Gress' electronic coda, may be inspired by John Philip Souza, but one would be hard-pressed to find a direct link.

He may be best known as a sideman of rare stylistic flexibility, but with The Irrational Numbers Gress continues to prove his worth as a composer and bandleader of increasing significance.