BY GLENN ASTARITA
May 21, 2012
Sign in to view read count
Track review of "Lives" 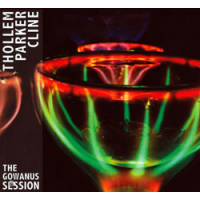 Parker has been a perennial driving force behind the reshaping of jazz along with the improvisational paradigms that follow, and generates a propulsive yet, at times, pensive undertow on the sixteen-minute "Lives." As McDonas kicks it off with a loosely organized series of trickling ethereal notes, insinuating a spiritual perimeter of sorts.

"Lives" vividly mimics the human condition for all of its ups and downs, while showcasing this trio's striking creativity and soul-probing modalities.