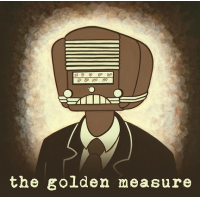 They go for the gusto during these 21 tracks, spanning semi-structured pieces and numerous movements framed on primal improv and unabashed self-determination. The musicians abide by a stout constitution and sustain interest by segmenting the album into numerous works as opposed to possibly creating a sense of listening fatigue via lengthy jams, which is a component that sometimes occurs with these scaled-down improvisational excursions.

The duo projects a calm before the storm vibe on "Visions Distorted," largely due to Sopko's ambient-electric soundscapes and dainty use of volume control techniques, inducing a blissful soundscape. However, Sopko and Lott often delve into crazed and delirious free-form improv passages throughout the program but intermittently change gears with quieter and reflective parts.

"Carol" is an all-out blitz amid the guitarist's furious phrasings and distortion processes, abetted by the drummer's polyrhythmic rumblings. And "T'was Wondrous" is executed with Sopko's cyclical chord clusters atop Lott's leisurely paced backbeat. And while it's slightly hypnotic, there are no memorable hooks or cogent theme-building initiatives taking place. But the duo rallies on "Old Summer Time," by fusing a cantankerous nerve-rattling impetus with the driving boldness of Sonic Youth. Recorded live in the studio, The Golden Measure presents two like-minded instrumentalists taking risks; shooting for the stars, and perhaps enjoying a bit of soul cleansing along the way.