Eric Bernhardt: The Four Sidemen Of The Apocalypse

BY ROB ROSENBLUM
January 29, 2019
Sign in to view read count 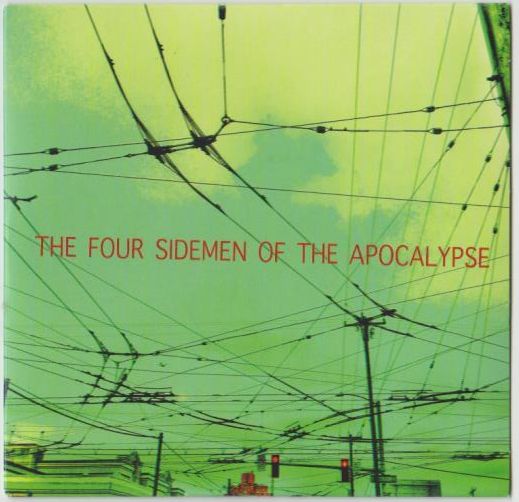 On the surface, Eric Bernhardt is one of the many faceless, aspiring jazz musicians who hit the clubs on Frenchman Street in New Orleans, playing for tips and hoping to get noticed. What separates him from the rest is that he is a monster jazz musician.

Recently encountered in a desperate-looking club called the Cafe Negril, Bernhardt's music at first seemed like the same kind of tried and true bland and crowd-pleasing jazz that you find all over New Orleans. But it soon became obvious that this group, and more specifically this tenor player, stood head and shoulders above the rest. Despite the tiny group of onlookers, Bernhardt obviously took his music seriously. Playing a variety of jazz tunes by such luminaries as Lee Morgan, Duke Ellington and Billy Strayhorn, he took the melodies by the scruff of the neck and turned them into and experience of passionate virtuosity.

Bernhardt's album, The Four Sidemen of the Apocalypse, includes the same band that appeared by Cafe Negril, with the addition of trumpeter Mike Kobrin and background vocalist Carolyn Broussard. And while it doesn't perfectly capture his power, it does offer a positive glimpse into this obscure, but hardy carrier of the jazz tradition, including his unstoppable drive and his warm, Dexter Gordon-like sound.

"Street Urchin" is a humorous take on "Giant Steps" with ironic lyrics describing the wisdom of street people. Unlike the traditional take on this tune, it is played at a moderate tempo with a Latin background. Bernhardt skates through the minefield of the tune's chord changes with abandon.

"Softly As In A Morning Sunrise" begins in stop time before bowing to a brief drum solo ushering in Bernhardt's most muscular solo of the album. He begins simply enough, staying close to the changes, but escaping the melody, and ascends higher and higher, increasing intensity baring his soul and exploding into his upper register.

"Les Oiseaux Vont Chanter," a bow to the Cajun culture of New Orleans, is played in a lazy 3/4 time. Bernhardt's solo is plaintive and poignant.

"Sleep Disorder" is an original composition from guitarist Pete Roze, a Larry Coryell disciple. It has a definite rock feel as does Roze's solo.

This album is an uncompromising dive into hard bop at its best.

Title: The Four Sidemen Of The Apocalypse | Year Released: 2018 | Record Label: Self Produced