By NENAD GEORGIEVSKI
September 19, 2015
Sign in to view read count 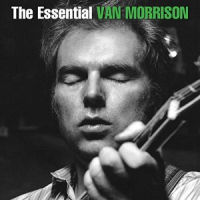 Here is a compilation that truly lives up to its name—a generous collection of 37 singer Van Morrison's classic gems, covering a period of several decades of immense creativity and musical journey, from his earliest classics with the band Them up until songs from his later recordings like Magic Time and Pay the Devil. Blessed with an electrifying soulful and booming voice, deep, introspective and stream of consciousness sort of lyrics, Morrison is a living testament to a career wrought in melody and rhythm, blues, jazz, gospel and soul, joy and sorrow. Essential is divided unevenly between playful and reflective tunes, offering an in-depth compendium of Morrison's vocal and writing gifts and his musical journey from a talented artist to a living legend. It is an artistically consistent and uncompromising career that spans more than 50 years and during that time he wrote stellar albums and songs that rank among the all-time best.

The musical journey that is mapped on this collection starts with "Gloria" and "Here Comes the Night" which he wrote with the band Them, a beat group in the Rolling Stones mould. "Gloria" is a rock classic later covered by the likes of The Doors, U2 and Patti Smith, to name but a few. The latter song was even recorded by singer David Bowie a decade later on his brilliant Pin Ups. "Brown Eyed Girl," a catchy and upbeat song, is one of the most played songs ever with radio rotation of over 10 million radio plays. It's his biggest hit during a turbulent period between his faulting solo career start and the majestic Astral Weeks. (Warner Bros, 1968) Recorded in two evening sessions in New York in the autumn of 1968, Astral Weeks is one of the remarkable albums ever and a true beginning of a remarkable career. Assisted by musicians who had played with trumpeter Miles Davis and bassist Charlie Mingus, Morrison created a mystical experience on Astral Weeks which can be listened to as soul, jazz, pop, or any combination thereof, but the truth is that this album is a transcendental listening experience that is completely irrespective of any genre. Two songs are chosen from this seminal record, "Astral Weeks" and "The Way Young Lovers Do." where Morrison is holding an awesome emotional power where he is ululating his feelings as sound-visions pulling the listener into a vortex of overflowing expressions.

Van Morrison quickly grasped that free expression rock lyrics colored by the timbres of jazz and blues was an original approach. Brass sections, guitar and a piano provided more space for him to emote at the microphone. Moondance, (Warner Bros, 1970) his third solo album is another masterpiece and is lauded as much as Astral Weeks. It's a record that moves, transforms and elevates. No wonder this collection features five songs from this timeless album like the soulful classic "Moondance," the fragile "Crazy Love," "It Stoned Me," "Into the Mystic" and a live version of "Caravan" from The Band's historic farewell concert The Last Waltz. (Warner Bros, 1978) Morrison's albums from that period, such as His Band and the Street Choir, (Warner Bros, 1970) and Tupelo Honey (Warner Bros, 1971), are characterized by a profound soul influence resulting in classics such as the jovial "Domino" and "Wild Nights." The choice of songs from these albums is directed more towards the popular and playful radio friendly songs rather than mining deep into other equally beautiful songs.

ADVERTISEMENT
While the irresistibly playful "Jackie Wilson Said" is an obvious choice from Saint Dominic Preview, a deeply personal and spiritual record, wouldn't have been great if some songs that are widely considered as among his best, such as "Listen to the Lion" or "Almost Independence Day" were also included here. "Warm Love" is one of the most poignant and mesmerizing songs Van has ever written. Veedon Fleece (Warner Bros. 1974) from which "Fair Game" was taken was a record that was made during difficult times. He wrote it after his bitter divorce and when an exhausting tour, which produced the magnificent live album It's Too Late to Stop Now, also ended. The first disc covers the most creatively prolific periods of Morrison's life when during a period of 6 years he released 8 studio albums

The second disk opens with "Bright Side of the Road" and songs from the late '70s and mid '80. "Bright Side of the Road" is an upbeat and catchy tune where in the midst of it he does a vocal tribute to trumpeter Louis Armstrong. One the other hand, "And The Healing Has Begun" is a gospel like track where he invokes the healing power of love and faith. The choice of songs further jumps over several albums from the start of the '80 and it even skips any tracks from the No Guru, No Method, No Teacher (Mercury, 1986) and lands to quieter songs such as "Tore Down a La Rimbaud," "Someone Like You," "Irish Heartbeat," the last from a collaboration with the eminent Irish folk group The Chieftains. "Have a Told You Lately?" from Avalon Sunset (Mercury, 1989) is a one of the most popular ballads he has ever written but it became even more better known when singer Rod Stewart did his version. Morrison reprised his song when he guested on The Chieftains' most popular recording, The Long Black Veil (RCA Victor, 1995) and this collaboration was Grammy awarded for Best pop collaboration with vocals in 1996.

The later period, the nineties and the noughties features songs such as "Days Like This," 'Precious Time" "Once in a Blue Moon," songs where he is still walking the fine line between blues, soul and jazz . This compilation ends with a live rendition of "Sweet Thing" from the live rendition of Astral Weeks.

Essential Van Morrison is a good place to start for a dive into Van the Man's outstanding oeuvre. The music here is timeless and will no doubt resonate even more with age. The Essential provides a panoramic view on some of his most popular and respected songs.

Track Listing: Gloria (w. Them); Here Comes The Night (w. Them); Spanish Rose; Brown Eyed Girl; Astral Weeks; The Way Young Lovers Do; Moondance; Crazy Love; And It Stoned Me; Into The Mystic; Domino; Wild Night; Tupelo Honey; Jackie Wilson Said (I'm in Heaven When You Smile; Warm Love; Fair Play; Caravan; Hungry For Your Love; Cleaning Windows (Live); Bright Side Of The Road; And The Healing Has Begun; Tore Down A La Rimbaud; Someone Like You; Irish Heartbeat (w. The Chieftains); Whenever God Shines His Light (w. Cliff Richard); Have I Told You Lately; Real Real Gone; Enlightenment; Why Must I Always Explain?; Days Like This; That s Life; Rough God Goes Riding; Precious Time; Once In A Blue Moon; Magic Time; Playhouse; Sweet Thing (Live).